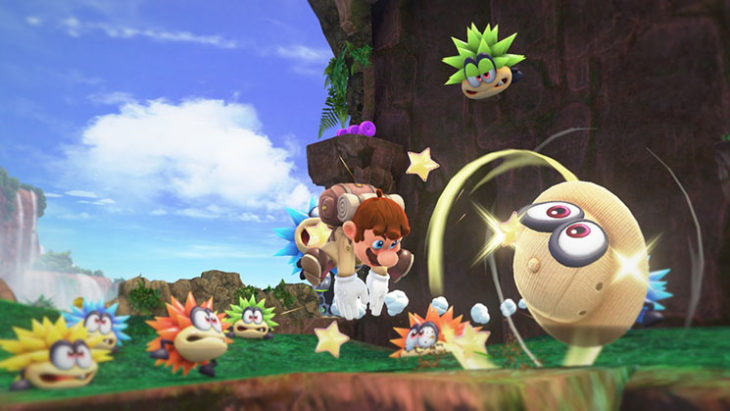 The New Year season is a time for lists of all kinds – wishlists fulfilled, bucket lists created, and best-of-the-best lists commemorating that which came out in the previous year. Not everyone’s lists hold the same prestige, though. Retail giant Amazon.com is a titan in the industry, so when Amazon.com releases a 2017 Amazon.com best-selling video games list, people sit up and see what the retailing juggernaut has to say. After all, if you accept the wisdom of the masses and treat sales as being indicative of a game’s quality, then where better to look for games than Amazon.com’s top-selling lists?

By far and away the largest winner in the 2017 video game console sales was Nintendo. With the launch of the new Switch console and a string of hit games under its belt, Nintendo captured the first, second, and third in the 2017 Amazon.com best-selling video games list top ten. How’s that for impressive numbers?

Amazon.com Best-Selling Games – A Transition to a Purely Digital World?

The best-seller for PlayStation was the $USD 20 PlayStation Store credit. Even further, it was the top-seller to video gamers on Amazon.com, beating out the video game offerings from Nintendo, signaling the industry’s shift towards digital downloads as the primary method for obtaining games.

The Big N dominates the first three spots, along with positions seven, eight, nine, and ten. At the top end of the list is the Switch’s dominant lineup of first-party titles, the success of which is to be somewhat expected, while Nintendo’s strength in the handheld category is evidenced by positions 8 and 9 which are occupied by Pokémon Ultra Sun and Ultra Moon respectively.

In the overall video games industry list, the position in the first and second spot of the PlayStation Store gift card places right above Super Mario Odyssey which itself is right above a 1-year PlayStation Plus membership. Only one X Box One gift card appears on the list, in position 19, which could be interpreted as evidence of Microsoft’s difficult gaining traction this console generation.

Further evidence of Nintendo’s strength can be found in the overall list as Breath of the Wild comes in at number 10 for the now-doomed Wii U console. If you will recall Nintendo lovingly released its flagship Zelda game on both the Switch and the Wii U in a nod to the longsuffering owners of the maligned and soon-to-be defunct console.

The 2017 Amazon.com best-selling video games list is a real boon for Nintendo fans who were disappointed by the Wii U’s market reception. The return of Nintendo to the forefront of gaming is a welcome sight.

But another interesting and irrevocable trend is the shift towards a digital disposition.

That PlayStation’s market was dominated by store credit gift cards and even PlayStation Plus membership options can’t be looked at as anything other than the way of the future. Though many gamers have resisted moving to a digital format, it seems the transition is inevitable.

In many ways the movement from store-bought games to digital downloads is mirrored in the Switch’s transition itself. Neither occupying a wholly console nor handheld space, the Switch offers the best of both worlds. One can’t help but think that when the time comes the Switch will be the console to most benefit from the transition to a digital marketplace. The Nintendo Switch both offers immediate access and ultimate portability.

Here is the 2017 Amazon.com best-selling video games list of only software titles: