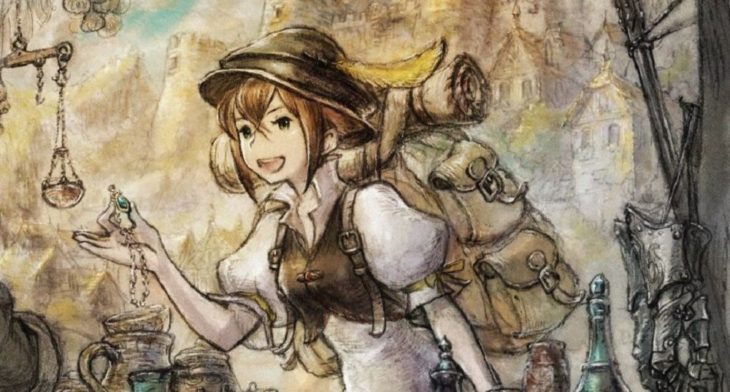 The release of Octopath Traveler is now right around the corner and the games industry has been spouting tons of positive feedback regarding the retro style RPG adventure. Switch owners everywhere will have the opportunity to indulge in what could be one of the best RPG experiences of the year, but what makes Octopath Traveler so unique?

Many modern games – especially within the vast realm of indie titles – adopt the casual retro stylings of pixel art. The 16 bit SNES era of video games offered a slew of classic RPG adventures presented in this art form, so it’s no wonder we see sentimental throwbacks of the genre portrayed in many of today’s RPG releases. However, what Square Enix is presenting is a new, slick visually appealing pixel art style mostly known by the developers as HD-2D.

The worlds, environments, characters and all of the other items, objects and components within Octopath Traveler are shown off in a stunning mixture of pixellated visuals with high-definition polygonal graphics. This unique art style adds an extra layer of depth to the old retro classics of yesteryear seamlessly expanding the imaginative worlds we once knew as only 16 bit iterations. The bold visual presentation will surely invoke plenty of nostalgia to the older gaming audience, while at the same time providing a brand new appreciation to the world pixel art titles.

While combining numerous character stories within lengthy RPG games is nothing new to the genre, Octopath Traveler takes this adaption one step further. Players will choose which of the eight playable characters to start off with, but will soon travel across the world to recruit the other seven protagonists to add to their story. Along with certain story differences, each character will also have unique job classes and special abilities.

Across the opening hours of Octopath Traveler’s story, players will unlock separating character narratives that we’re hoping will all blend uniquely together. Along with alternating stories, each character also has character-specific tactics to perform, like the NPC related Path Ability. Whether you’re acquiring specific items, gaining bits of information or challenging other characters, there are tons of unique methods of taking on the world of Octopath Traveler, and the eight heroes that inhabit it.

While the nostalgia runs high with the modern approach to pixellated visuals and unique jobs system, returning to an era when RPGs invoked a special bond with the player and the characters on the screen seems like a sure way to get fans fired up for the experience. With many features seeming to make a transition from Final Fantasy VI, Octopath Traveler will build upon what made the original title so memorable, as well as adding a some new flare to the experience to make it an entirely new adventure.

The upcoming JRPG adventure, Octopath Traveler, is set to release on the Nintendo Switch on July 13th, 2018.