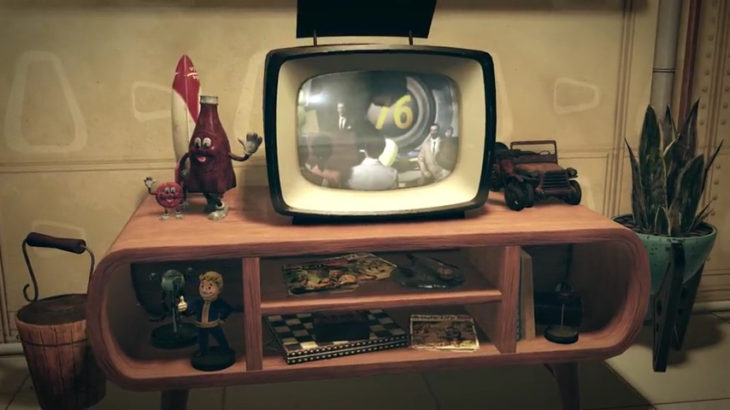 A Different Kind of Wasteland Experience?

With the swirling discussions following the unveiling of Bethesda’s latest entry into the post-apocalyptic series – Fallout 76 – fans are eagerly sifting through the details and rumored leaks around the upcoming title. While nothing is set in stone yet, there are a few details that turn our attention to what Fallout 76 could actually include.

Take a look at 3 features rising from these rumors that we’d like to see implemented into Fallout 76.

While the rumors covering the next Fallout title leaked by Bethesda continues to nod in the direction of a multiplayer experience, we’re hoping that means geared more towards the co-op side of online play. The single player experience will always be the core of Bethesda’s mainline titles, but bringing the Fallout universe into the multiplayer realm doesn’t seem like such a bad idea, and what better time to experiment than with a spin-off title.

Gathering a small (or large) army of online friends, crafting and constructing your base via Fallout 4 style of crafting system and working together to conquer the barren wastes is something that could fit marvelously well within the post-apocalyptic world. And if any of the recent leaks are to be believed, completing both story missions and side quests would help tie the entire online experience together. Of course, having the option to play either online or single player would be a huge selling point for much of the Fallout fan base.

If you’re familiar with any of the Fallout titles from the series, you may already see the games as survival experiences. While we can’t argue that, in Fallout 76 we’d like to see maybe more emphasis on survival mechanics. Looting and crafting is one thing, but building your own bases in Fallout 4 were a massive implementation, and if the success of Falllout Shelter is anything to go by – players like building and managing their own vaults.

So why not add that to the core style of the Fallout franchise? Expand even further on the Vault Tec Workshop DLC from Fallout 4. It’s a bold new approach for a series that’s already seen a fair share of facelifts throughout its long tenure. And one that we think would be a welcome addition to surviving the postapocalyptic world.

While this may go without saying – and the tune in the reveal trailer certainly paints the image of a new locale – it’s always exciting to explore a land that’s unfamiliar. With rumors surrounding the reveal of returning back to the Capital Wasteland, or a New Vegas sequel approach – the West Virginia rumblings felt by Mr. John Denver in the unveiling points towards the Fallout series looking at the Appalachian region.

We’ve also seen a few rumors stating the game’s map may focus around a long strip of highway known as 76. However, Interstate 76 just misses the state of West Virginia, connecting Ohio and Pennsylvania so perhaps we’re looking at a different highway system? Or perhaps ’76’ refers to the vault in which you can surface a few details from the lore in Fallout 3. Whatever the case, we’re definitely hoping for some new ground to cover with the next installment in the Fallout franchise.

Whether it is single player focused or multiplayer heavy, returns players to a familiar region or winds up introducing fans to a completely new map, or features an even deeper survival system than before – Fallout 76 is on our radar; and we’re hoping to have these questions answered after E3 next week.