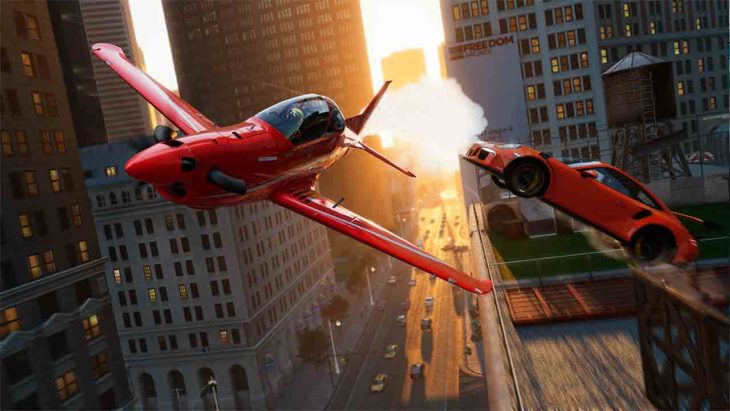 Some Much-Needed Improvements to the Racing Sequel

Ivory Tower’s upcoming sequel to the massive open world racer, The Crew 2, is nearing its launch – and even after a closed beta session – there’s still a few Improvements we’re hoping to see in the final build. The fluid shift between land, air and sea vehicles is a welcome addition and will definitely make exploring the wide open world of the US vastly superior to the original release, but what else can make The Crew 2 succeed where its predecessor failed?

With the clever mash-up of some of the most popular Motor Sports around, Ivory Tower has a unique opportunity to add to that delectable arcade flavor that the first initially sampled. While swapping from a blazing fast Porsche to suddenly lifting off the ground in an agile stunt plane in the middle of pushing your limits during a free roaming session is an exciting feature, accomplishing this task during a race is even more gratifying. Hitting a series of checkpoints through the bouncing waves only to shift suddenly to aerial rings only obtainable via winged aircraft keeps the pressure on and can only increase the amount of depth the arcade racer aims for.

We’re not hoping every event has players constantly swapping vehicles mid-race, but introduce a new event line that’s purely dedicated to the combination races. A series of long, endurance style races that stretches across the massive open world map in multiple forms of Motor Sports vehicles would help keep an otherwise rather straightforward game from stalling out in the long run.

One thing that can make or break the immersion of an open world racer is the lack of depth within the living, breathing world itself. While the frustrations of slamming into a mindless pedestrian car is something that has plagued this racing fan too many times to count, it still feels like a necessary frustration. We want to race through a downtown traffic grid with the anticipation that something could go wrong around every bend, surviving solely on reflexes and luck of the draw.

Related: 5 Summer Releases to Look Forward To This Year

If the civilian driving is anything like The Crew’s original presentation, then those heart pounding moments will become predominantly scarce. One huge improvement would be to liven up the streets, especially the busy downtown areas, with flowing, congested traffic in appropriate areas, changing traffic patterns and the occasional hold-up due to construction areas or daily events like rush hour. There’s nothing more disappointing when ripping through city streets mid-day than to be met with limited and uninspiring traffic conditions.

With the dreary and somewhat dark spin on The Crew’s original story, that aura didn’t exactly induce the passion of illegal street racing. The Crew 2 is said to have a much more uplifting and exciting piece of narrative, but we’re hoping it won’t be too over the top. It needs to come off as a racing game first, and an action-packed film noir second, or not at all.

With the added and exciting feature to swap from car to plane to boat in an instant, we’re also hoping there’s some sort of logical, or at least believable, explanation as to why. No one is hoping, nor expecting, a Pulitzer Prize from this narration, but we are praying for something a little less cheesy and/or excessive.

The Crew 2 is right around the corner releasing at the end of this month on June 29th, 2018 for the PS4, Xbox One and PC systems.

Let us know what you’d like to see improved upon in the upcoming sequel.