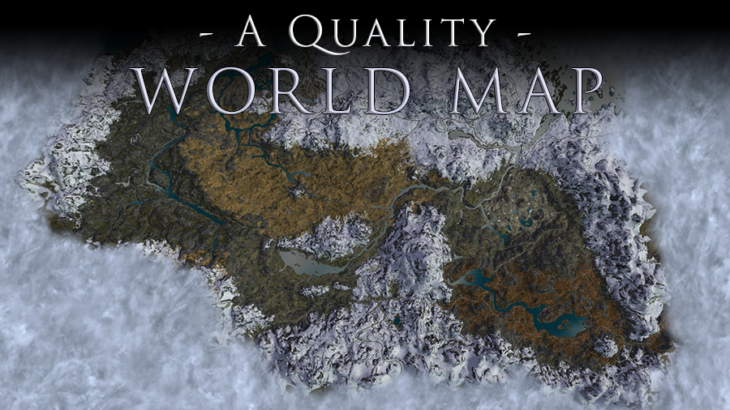 We’ve covered plenty of mods for Skyrim in the past but today we’re looking at something very specific. Maps. We haven’t covered map mods just yet and today we’ll be taking a look at what players have come up with. These mods make life much easier and also enhance immersion in the game making installing them on PC a win-win scenario. Check them out!

What’s more immersion breaking than having to pull up the world map tab? Well with this mod you’ll never need to do that again. This mod allows you to craft an in-game map which can be equipped as if it were a shield. Pressing the block button will bring the map up on the screen to look at it. When running, the map will lower like a shield.

Best of all, this map works with almost all maps in the game including but not limited to:

It’s available on the Nexus here.

This is a very simple mod but it’s very effective. It replaces all of the vanilla world maps with high-resolution versions. Now, it’s focused on the one found in Dragon’s Reach but you should be able to notice these high-res maps in different locations around the world. As far as Skyrim map mods go, this one is very simple yet very effective.

You can grab the mod here.

A Quality World Map and Solstheim Map – With Roads

If you still want to use the large world map then this mod is perfect you. It’s a total overhaul of the Skyrim and Solstheim map which include all the roads in both areas. It’s a highly detailed mod which makes this one of the best Skyrim map mods in current existence.