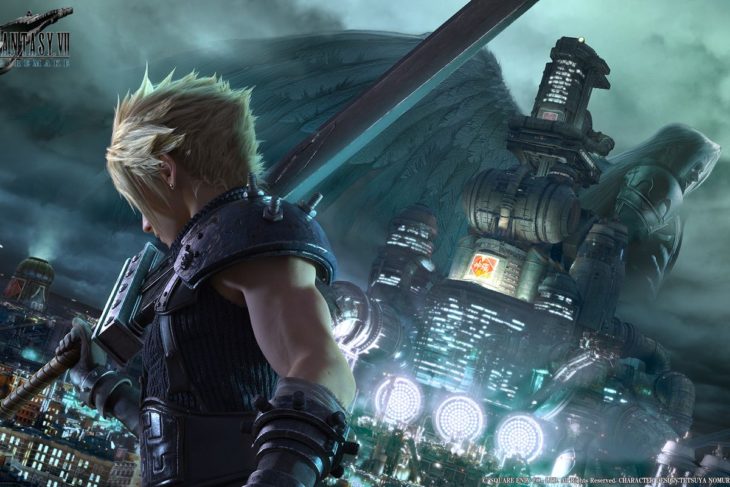 Where Are They At?!

With tons of new and exciting games on the horizon and further, it’s easy to forget about some of the most anticipated announced titles that have primarily laid in the shadows. These new games are sure to be heavy hitters, but as of this writing, there’s still very little known – leaving us eager to learn more about them.

Here are 5 already announced video game titles that have, so far, only teased us with minor leaks and details.

Remaking/remastering old games is becoming somewhat of a trend in recent years, but that doesn’t mean it’s getting old. With remakes of Crash Bandicoot, Spyro, Shadow of the Colossus and the Shenmue series garnering unprecedented praise, why not continue in full force. With a slim revealing at last year’s PSX event showing a short clip full of familiar dialogue and the MediEvil logo, there has been no new news since.

With still so many unanswered questions, it’s becoming a bit concerning for long time fans like myself who are head-over heels for this particular release. Will the game be a full-fledged remake, or just remastered visuals and audio? Will the game remaster the original Playstation title, or Resurrection released on PSP? And is there any hope for a packaged deal with both MediEvil and its sequel in stunning 4k? I guess we’ll just have to wait and see.

While Pokemon: Let’s Go Evee/Pikachu are exciting titles coming to the Switch later this year, it’s not the core Pokemon RPG that everyone has been eagerly awaiting. The series sells extremely well on Nintendo’s line of handheld consoles, and you can bet the Let’s Go! release will be just as equally popular. However, the November releases seem to focus less on the actual core mechanics of what made the Pokemon games so good, and more on the Pokemon GO incorporation to the formula. Set to release some time in 2019, the next core RPG in the Pokemon series will definitely be a system seller.

It’s been over two decades since veteran video game developers, Bethesda, has dipped into new IP territory. Riding on iconic franchises, such as The Elder Scrolls and Fallout, fans everywhere swallow those two series up, and will continue to do so. However, what’s been a long time in the making is a brand new universe tackling the expansive final frontier in their latest upcoming title, Starfield.

Cautiously explained as still a long way off, gamers everywhere finally got the tease they’ve been waiting for at this E3 2018. With a short trailer confirming the galactic universe, Starfield is said to be an entirely new and engaging RPG from Bethesda, carefully interrupting their two mega-popular volleying franchises. With no release date in sight, and likely coming to the next-gen series of consoles, Starfield has many of us buzzed with excitement for the first brand new IP out of the main Bethesda studio in 25 years.

Announced back in 2015, the Final Fantasy VII Remake has had fans stirring since early rumors began surfacing. As one of the most iconic titles in the series, as well as one of the best titles to hit the original Playstation, the development team behind the remake has their hands full. With very little information released to the public, the Final Fantasy VII Remake looks to be on an entirely different level from the first.

Instead of one massive release, the game is said to release in three separate installments – each providing enough content to be considered a full game. The remake will be completely overhauling the entirety of the game, from combat – switching from the traditional turn-based style to a real-time action approach – to even altering bits the story. Most recently, Game Director – Tetsuya Nomura – has confirmed his dedication to the remake stating he’s putting equal work into both Kingdom Hearts III – the other big title he’s apart of – and the coveted Final Fantasy VII Remake.

With Kingdom Hearts III now with an official January 25th, 2019 – here’s hoping progress will start picking up steam for the popular RPG remake.

The Borderlands series has brought gamers a high-octane, RPG infused FPS experience with memorable characters and exciting gameplay. With the last release int he series – Borderlands: The Pre Sequel – releasing near the beginning of the current generation of hardware in 2014, fans are hoping to see where the story will take us after the conclusion of Borderlands 2. And while we know the game is in development due to subtle confirmations from Gearbox themselves – and a leak from Wal-Mart Canada right before E3 2018 – we know the game is coming soon. But as to what the next entry has to offer has been kept tightly under wraps.

Hopefully, we’ll get to learn more about the upcoming Gearbox title, Borderlands 3, and everything the game has on the table.

With the holiday season filled with big releases now right around the corner, let’s not forget all of these awesome announced titles to follow – whether it’s soon after, or still a-ways away.