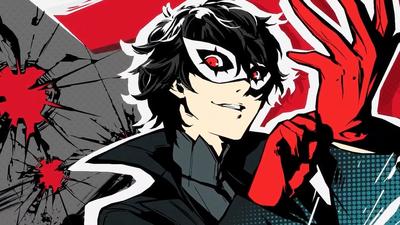 With a huge list of top-notch titles already released this year, there are still plenty more to come. So many of these titles we’ve indulged in this year have kept us engaged and immersed through excellent songs and score. Here are 5 of the best video game soundtracks from this year thus far.

In this future post-apocalyptic action-RPG, you’ll take the helm of powerful androids and fight for the freedom of Earth against over-powering machines. With a bleak and deserted feel to the game’s open world, the soundtrack delivers calming and isolated tunes while exploring the vast wastes, mixed with casual and charming numbers when in safe areas and camps. The timing and song switching is perfect, while the ambiance the entire score provides sets the climactic tone in Nier automata.

The Persona series is known for being riddled with catchy Japanese Enka/pop music and the latest installment in the franchise, Persona 5 is no exception. Bringing times of hardship, excitement, fear, anger or even determination chimes through effortlessly in this one-of-a-kind soundtrack. The exciting “poppy” beats and the low-level sensitive piano, as well as everything in between sets this video game soundtrack worlds apart from other RPG scores.

The original Sonic the Hedgehog chiptunes were an ambitious and speed setting soundtrack to one of gaming’s most beloved eras. Thanks to Christian Whitehead, Headcannon and PagodaWest Games, the classics from the original Sonic series – from Sonic The Hedgehog all the way up to Sonic & Knuckles – return in the same styled format as before; only now they’ve been majorly enhanced. Some of the original songs with minor edits appear in the first act, but once the second act starts, things really start to heat up. The new stages are just as catchy and head-bobbing inducing as the original makeovers, leaving Sonic Mania as a standout classic for original scores.

Cuphead has ‘wowed’ gamers and critics with its impressive level design, challenging, white-knuckle difficulty, intuitive boss fights, and of course, the outstanding theme and overall design of the game. With a 1930s cartoon feel, the game rings with jazzy mayhem to match perfectly with the over-the-top platforming gameplay. The songs featured in Cuphead are so good, it’s well-worth putting yourself through the incredible difficulty featured throughout the entirety of the game.

In our review of Figment, we talk about the song-and-dance boss fights and charming musical score the focuses on. With puzzling solutions, many of which include musical themes, the game shines when the score begins to pick up. The songs in Figment are original and fit perfectly in the grim, yet lively storyline. Figment, and the score that backs it, make for a truly memorable title among the greats that released this year.