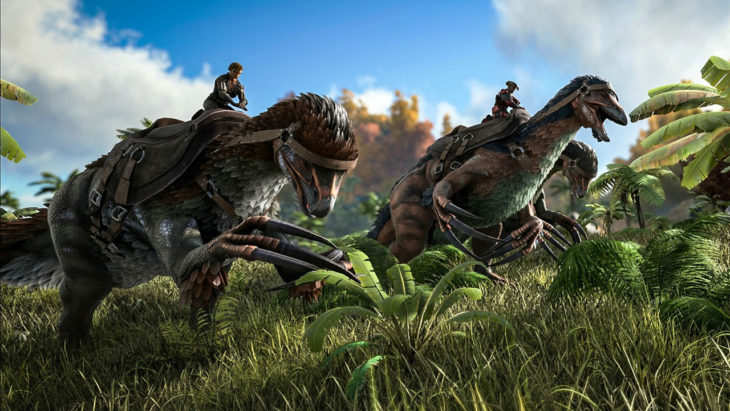 This week in gaming more than a handful of anticipated releases are dropping, but let’s take a look at 5 of the big hitters highlighted in this week’s (August 8th’s) lineup of must play titles.

For nearly the past two years, ARK: Survival Evolved has been in a consistent open beta testing. This prehistoric adventure title will have you fighting, taming, exploring, building and more throughout a dinosaur riddled landscape. Take the ultimate realistic journey across dangerous lands and jurassic creatures officially releasing on PC this week on August 8th.

Two teamed first person online shooter, LawBreakers, unleashes intense mayhem with unique objective gameplay split between five players on each of two teams. From the makers of Unreal Tournament and Killzone comes a brand new sci-fi shooter ready to hit the PS4 and PC this week, once again on August 8th.

Classic platforming comes roaring back in the follow-up collection with the second vintage Mega Man Legacy Collection. The collection includes the titles from 7-10, starting with the groundbreaking SNES title, Mega Man 7. Introducing enhanced graphics and sound, this started a whole new saga of the beloved “Rock Man” series. Catch the Mega Man Legacy Collection 2 on August 8th for the PS4, Xbox One and Windows PC.

Batman: The Enemy Within – The TellTale Series: Episode 1

TellTale takes players into the realm of popular franchises in popular gaming and television across the board. In their latest episodic series, Batman: The Enemy Within, the interactive stories from TellTale tackles the grim world of Gotham City. Episode One releases on August 8th for the PS4, Xbox One, PC, Mac and mobile devices everywhere.

Popular action game developers from the creative minds of Heavenly Sword, Enslaved: Odyssey to the West and DmC: Devil May Cry, NinjaTheory is set to release their newest title this week. Hellblade: Senua’s Sacrifice brings a focus to ancient mythologies while taking the player on a psychologically twisted adventure. Catch Ninja Theories next big action title on the PS4, Xbox One and PC on August 8th.