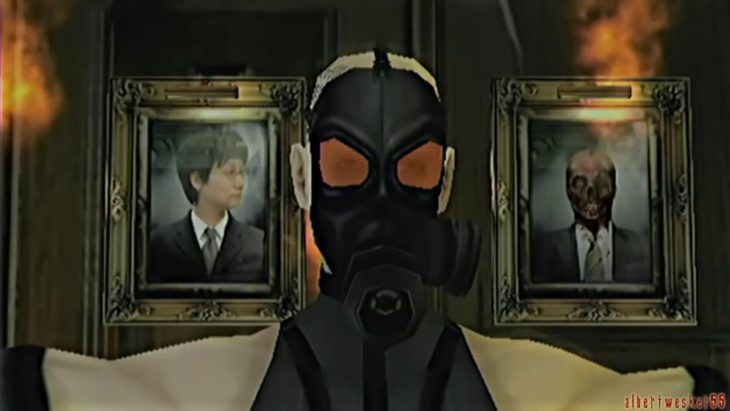 Last week we lightly touched on the first two moments in the video game historic franchise of Metal Gear Solid. Creator and series director, Hideo Kojima was sure to create a story full of gritty characters and spectacular story telling, so lets take a look at the final 3 of the most memorable moments in the series.

The original MGS game found on the original Playstation console is a trademark for action games, and one of the birth marks of the stealth shooter genre. Many scenes from the original stick in gamer’s memories but treading back to where the first MGS title took place a decade after its release, in HD graphics brings more nostalgia back to the dedicated Metal Gear fan than ever. Near the end of the fourth installment, Metal Gear solid 4: Guns of the Patriots, Old Snake treks back to his old stomping grounds 10 years after initially playing through the original, the location of Shadow Moses.

All throughout the level you’re reminded of the traumatic events that scarred Solid Snake for life. Echoes from the past, familiar scenes now shot and created using much more advanced technology and graphics paint the image of what the gaming world experienced what seems like so long ago. From beginning to end the fourth act in Guns of the Patriots brings chills and waves of memories back to the player, leaving an utter sense of nostalgia and reminiscing on a game that began so many stories.

Hideo Kojima seems to love messing with fans and gamers, bring one surprise after another with his beloved franchise. The unsettling break up between the famed and renowned game director and his partner company, Konami, was long in the waiting and ended ugly, but with it came the last true Metal Gear Solid title in MGS V: Phantom Pain, as well as one of the most monumental twists in the gaming.

As you ride on horseback and infiltrate enemy bases all over the rugged desert terrain of Afghanistan and the African wilds of Angola, you fight your way across hours and hours of immersive story and gameplay. The twist? That’s at the very ending, revealing the true identity of your character. Set up as an elaborate plan from the start of the game, the character the player is led to believe is the famous Big Boss, is non other than a tactical pawn, a clone of sorts made to look and perform exactly like Big Boss. The title Phantom Pain is used throughout the game making note of the cybernetic arm replacement on your character, but in reality is used to describe how the game is actually played as a phantom of Big Boss, with complete discretion to the player.

The final moment worthy of highlighting in the tactical stealth espionage series hails from the first installment of the Metal Gear Solid series. Bosses play a huge role in the game, giving main character lore and detail, while providing a unique display of game mechanics and abilities. The ever-so popular Psycho Mantis boss from the original MGS is a trademark of the bosses history in the franchise.

An interesting character from the start, Psycho Mantis proves an interesting foe as well. By taking over the mind of your partner who fought alongside Snake throughout the game, Meryl, Mantis uses eerie “mind-control music”, leaving Snake’s only option to fight against Meryl is without weapons. Once Meryl is dealt with, Mantis then shows off his display of psycho kinetic powers by “reading the player’s mind” and “telekinetically” moving your Playstation controller.

The game then reads the player’s past actions in the game as he hints at your play style, as well as reads your memory card, allowing Mantis to spit out the title of a game found on your memory card, making it seem as though he’s truly reading your thoughts. While using the powers of the up and coming dualshock controller (1999, folks), the game triggers a constant flow of vibrating energy to rumble the controller across a flat surface. While not primarily difficult, the Psycho Mantis boss fight definitely sticks out amongst top moments in the series.

Well that wraps up the list of 5 of the most memorable moments in the Metal Gear Solid series. While there are still tons of moments making this series what it is today, these are great areas of the game that make the series truly shine.