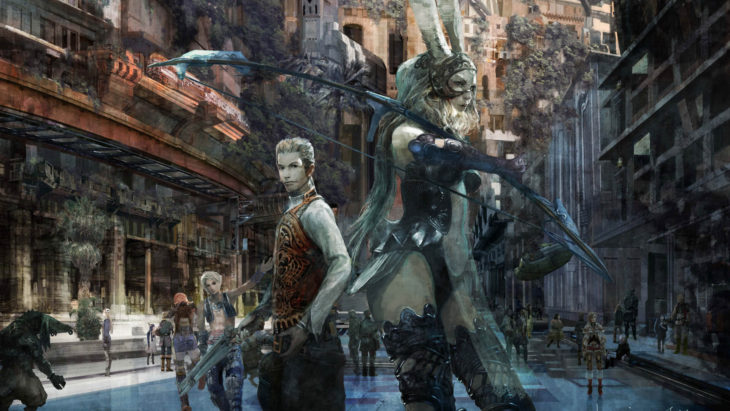 Hoping to Expand the RPG Selection on the Nintendo Hybrid

The Nintendo Switch has been enjoying a substantial amount of momentum since its release over a year ago, and with no lack of excellent ports both already launched or coming in the near future. However, the RPG side of the Nintendo hybrid has become uncharacteristically dry for the massively popular Japanese manufacturer. Let’s take a look at 5 RPG ports that we would absolutely love to have the option to play at home, or take on the go.

Nier: Automata has achieved some monumental praise across the last year of selling over 3 million copies to date strictly on the PS4 and PC. And with the recent announcement of the stellar action/RPG potentially growing its fan base with an exciting release coming to the Xbox One family of consoles, why not take it one step further?

Fans (much like myself) would leap at the opportunity to take this incredibly unique experience that is Nier: Automata on the go. The fluid gameplay shifting mechanics, deep and completely engrossing storyline, intriguing cast of characters and the many plot twisting events that highlight YoRHa models 2B, 9S and A2’s story is something that should be enjoyed by as many consumers as possible. Bringing this modern masterpiece over to the Nintendo Switch would also add a much-needed breath of fresh air to the slim library of action/RPG titles available.

Ni no Kuni II: Revenant Kingdom is a charming and expansive JRPG that continues a series of tales about unimaginable fantasy worlds brimming with interesting characters and unique narratives. What the sequel brings to the table is a revamped, more westernized battle system and a deep kingdom building mechanic that adds to the strategy.

Taking control of Evan Pettiwhisker Tildrum and his faithful allies seems like a story right up Nintendo’s charismatic and kid-friendly theme; one that they’ve never once abandoned throughout their long tenure. The vibrant art form and wildly entertaining combat system mixed with the gripping story of a young king destined to reign once again with the help of his newly acquired friends. Ni no Kuni II: Revenant Kingdom seems like nothing more than a match made in heaven for the Nintendo Switch; a console that would allow us to take the gorgeous game on the go at anytime.

The Persona franchise has garnered a higher player count with nearly every release in the long running series. For nearly 9 years players were eagerly anticipating the often delayed JRPG. As a PS3/PS4 exclusive, Persona 5 has achieved massive acclaim for its unique art style, strong and personable themes, as well as its revamped and impressively deep turn-based combat system; a combination that results in a well-over 100-hour storyline that unfolds into something exquisitely profound.

Taking on the role of Tokyo highschool transfer student, players will spend their daytime hours making new friends and increasing their ever-important confidant rankings, while taking on shadows and life-endangering threats in the mysterious labyrinth Mementos and Palaces. Porting over Persona 5 to the Switch almost seems like a natural step for Nintendo, as fans have proven their love of the series with Persona Q spin-off successfully releasing on the 3DS, as well as the upcoming sequel making a strong argument to own 7-year old handheld.

The colorful visuals, lengthy narrative and addictive dungeon-crawling system would definitely add a lot more to the JRPG library of games on the Nintendo Switch; something that’s been lacking over the course of its young lifespan.

It’s a shame that over a year into the Switch’s life cycle we’ve still yet to see any one of the Final Fantasy entries land on the unique hybrid console. While there’s been talk of porting XV over the past year, the performance of the Noctis’ journey in XV was said to be a bit lacking on Nintendo’s latest hardware. With the more recent release of the remade Final Fantasy XII: The Zodiac Age, this would be an excellent starting off point to ultimately land a Final Fantasy game on the Switch.

And with what most diehard followers of the series would agree with being XII is one of the best in the series, there’s almost a sure fan base waiting to get their eager paws on the Nintendo side of the fence. Taking along the epic adventure that awaits Vaan and crew of honorable adventurers on the go would be a perfect addition to the Nintendo Switch library.

Of course, we’d take Final Fantasy XV too, if that’s still in the works…

Taking away from the JRPG list of games we’d love to see ported over to the Switch, Diablo III seems like a perfect fit for the witch library of games. With rumors surfacing a couple of months back involving a Diablo III port making its way onto the hybrid console, Blizzard reportedly responded in a way of quickly diminishing the subtle flames of their isometric co-op RPG releasing on Nintendo’s latest console.

With that being said, all hope is not lost as many claim Nintendo would rather keep this bit of news under the radar until the game becomes closer to launch. There’s virtually an untapped market for in-depth and engaging western RPGs to hit the “big N’s” Switch console and Diablo would set a huge market for current and future Switch owners. While the game released some 6 years ago, there’s almost no question the Switch’s hardware is up to par for running the addictive RPG game. Here’s to hoping the rumors are true.

Expanding the Nintendo Switch library is crucial in keeping the unique console relevant and afloat, especially after the monumental first year it had. But with what some may call a bit of a slump over the course of the first half of the second year, adding any one of these 5 RPG experiences for players to enjoy both at home, and on the go, could more than likely mean positive figures for the gaming giant.