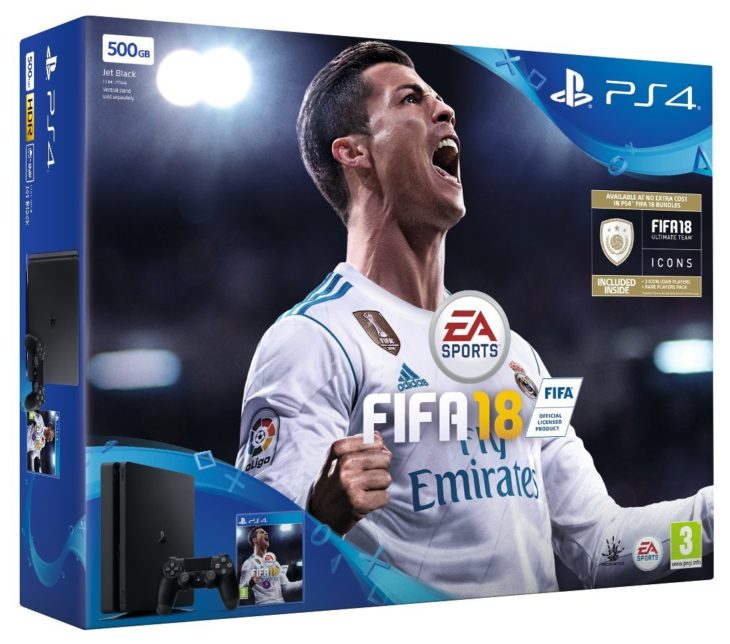 Amazon UK currently has a deal on right now for the Xbox One S and the PS4. Both consoles are priced at £200 but only one deal is truly worth buying. Of course, both these consoles are only 500 GB so if you want a larger hard drive from the get goes then you’d better look elsewhere.

This might only be a 500 GB console but it does come with two games: Forza Hot Wheels and FIFA 18.

Sure, Forza Hot Wheels might not be your thing but there’s something nostalgic about this game. Probably because I grew up playing with the physical Hot Wheel tracks. So it might just be me. Anyway, the addition of an extra game is always nice. As an even bigger bonus, the bundle comes with 14 days of free Xbox Live Gold and one month of Xbox Game Pass. That gives you access to a huge number of games for free, even if you decide to not carry it over for the first paid month. You can still grab some of the Xbox Game Pass titles for cheap so you can keep playing them once the free trial is up.

Interested in this bundle? You can find it here.

Now, this bundle just comes with FIFA 18 however, it also has the Ultimate Team Icons and Rare Player pack. So you get access to a few more footballers and for massive football fans, this is a must-have. Sadly this bundle doesn’t include any bonuses such as a free PlayStation Plus trial but for certain gamers this is probably the one you want to get.

Check out the PlayStation 4 bundle here.

Deciding which console is better if probably down to personal preference in terms of what they’re looking to get. Personally, the Xbox One S bundle is probably slightly better thanks to the Xbox Live Gold trial and access to Xbox Game Pass.