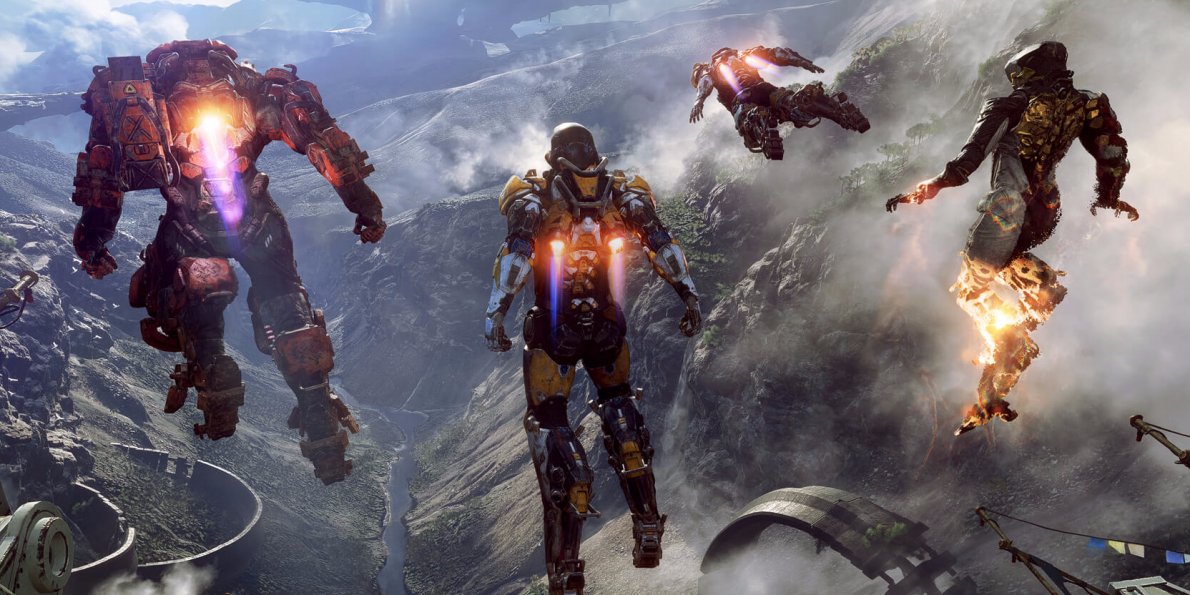 He reveals that the game features a “very big open world for players to explore” and that the main settlement from the gameplay video is actually a Hub. Players will be able to pick up quests and customize their Javelin suits from the city.

Warner also confirms that this game can be played solo or with other players. It’s entirely possible to play through the entire game solo however, he didn’t comment on whether or not the game is always online. This is great news for those interested in the game but wanting to play through it solo. This claim has been backed up by the Lead Designer of the project, Corey Gaspur. He answered some questions on Twitter and confirms that it can be played solo. In addition to this, players can “enjoy an amazing BioWare story”.

In this new world, Humans are at the bottom of the food chain. As a result, they must to survive by using the Javelins which allow humans to explore outside the safety of the wall. Combat in this game will be focused around a range of firearms and special Javelin abilities. However, we don’t know much about this yet as the developer is yet to talk about this in depth.

It’s thought that Anthem will be supported for quite some time with new content. BioWare has created a world where they can regularly return with new content for players to explore.

Anthem will be releasing for PC, PS4 and Xbox One some time in 2018. A specific release date is currently unknown.