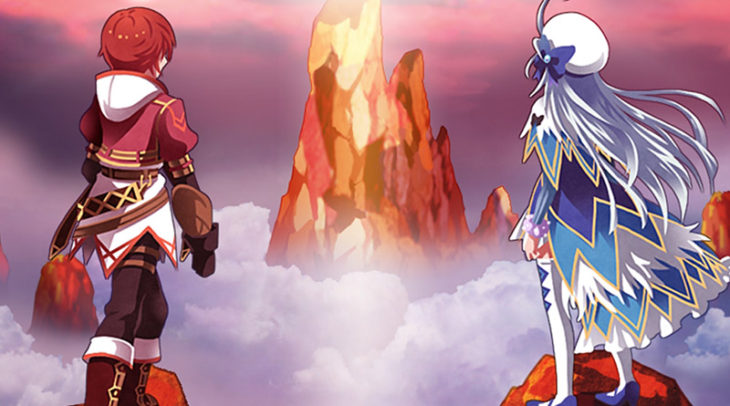 In Antiquia Lost, you’ll find yourself exploring worlds that bring up familiar emotions and nostalgia throughout your journey. Stylized like the RPG’s of the 8 bit and 16 bit era in video games, you’ll find noticeable additions to the formula that bred so many timeless classics that came before.

The game molds classic turn-based battle mechanics with familiar village hunting and tons of story dialogue. Traveling through the game in a semi-isometric camera angle, small nuisances glimmer from the early years of RPGs. With colorful characters filling the somewhat vague world, there’s a subtle delightfulness to witnessing the group of allies grow accustomed to one another.

Starting off in Crysta Village, Bine begins his journey through the monster filled lands, populated by three distinct tribes. The Eeth Tribe, Fai Tribe and Ruta Tribe all represent essential elements on the planet Earth. Respectively, Earth, Fire and Water are all huge focal points on each of the different tribes. With your team crafted from characters of all tribes, you begin your journey, as well as the start of a trusting relationship.

With the traditional RPG turn-base combat system, each character has various magic/elemental and physical attacks. Healing roles and defensive abilities also play a crucial part in creating a sense of strategy to fighting groups of enemies, especially bosses.

As you travel the world, you soon discover that folks around the villages have been turning up missing. Key figures in the game’s political world begin disappearing, and soon it falls on your party to discover the truth behind the mysterious departures. Search the surrounding lands, meet new people scattered throughout the different villages and complete additional side quests for enticing rewards and equipment.

Antiquia Lost provides an excellent go to for anyone looking to re-live those old-school RPG days. With plenty of dialogue and story, eay-to-learn battle mechanics, a riveting musical score, and characters to grow attached to, dive into Antiquia Lost available on PS4/Vita, PC, Android and iOS devices.