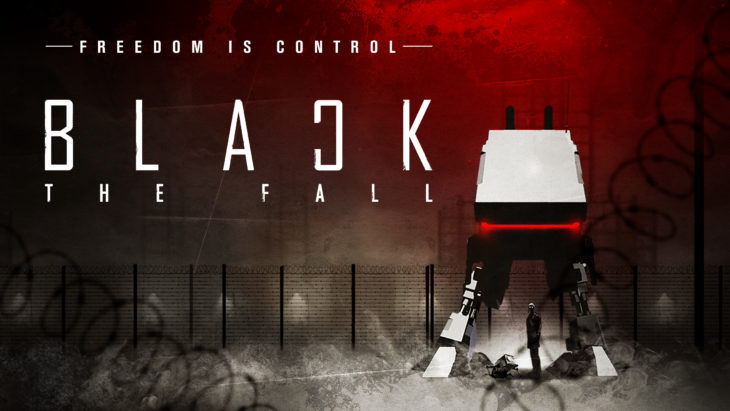 Platformer titles come a dime a dozen now a days, though most provide unique playthroughs and gameplay mechanics that act as the driving force behind their success. New creative minds behind Sand Sailor Studios have brought yet another puzzle-platformer to the gaming realm, inviting players to escape the confines of Communism and embark on an inspiring journey known as, Black the Fall.

Back in 2014, Square Enix Collective introduced us to a depressing and solitary look on oppression, striking new grounds and themes for the gaming universe. Black the Fall caught on and gamers everywhere were eager to get their restless hands on the new platformer, pitting you in the middle of a Communist world.

Playing as the protagonist only known as “Black”, you’ll find traps and puzzles throughout the game, all hindering your escape to magnificent freedom. Bypassing cameras rigged to the system watching your every step, sneak your way through each stage to save yourself, as well as your innocent, enslaved civilians.

Various puzzles keep you one step ahead of the survival chain in the atmospheric world of the communist state. Reflecting the dreary days of Romania under Communist dictator Nicolae Ceaușescu from the 1960s-1980s, Black the Fall has deep subject matter, further separating the game, not only from other indie platformers, but main stream games alike.

With an always captivating approach to story telling, no text or dialogue appears in the game, giving players a true sense of oppressive rule and leaves it up to their imagination to unfold the bitter story. Passing through the game using the most common tactics among the survivors, stealth and manipulation provides everything you’ll need for success and freedom.

Black the Fall brings familiar platforming mechanics, but shows off its uniqueness in atmosphere and puzzles. Touching on bleak and dreadful days of a country’s past, using real-life family experiences from the more recent than not Communism of Romania, Sand Sailor Studios is pleased to introduce Square Enix Collective’s harrowing title to PS4, Xbox One and PC on Steam, available now for $14.99.