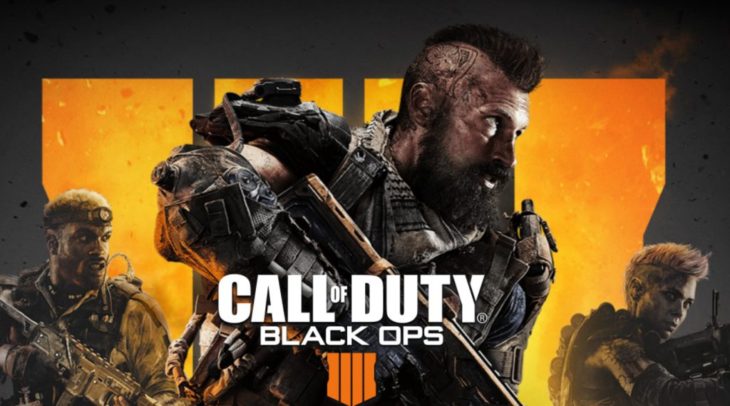 BR Officially Getting The AAA Treatment

The battle royale genre has been at the top of the multiplayer experience for well over a year, and with some big holiday releases coming up the massive online mode is finally seeing some AAA developers enter the circle. Call of Duty is the first mega-shooter to try out the addition of battle royale in its dedicated online community, and the latest beta build shows stunning promise that there is undoubtedly a future spot for the genre in some of the most popular franchises around.

The newest multiplayer mode in the upcoming Call of Duty Black Ops 4 sits under the moniker, Blackout. Players familiar with the BR setup will find Blackout to follow along mostly traditional lines, i.e. players can participate in a range of matches consisting of solo, dual and squad based events. However, an additional mode known as Fast Collapse also makes an appearance, which has players engaging in the BR experience with the weight of the enclosing circle shrinking considerably faster than in the normal matches.

Players are able to choose between a broad selection of pre-created soldiers from previous CoD titles, as well as exclusive Blackout soldiers. No character has any strengths or weaknesses over another, but are used to add a small amount of personalization to each player. This all due to allowing the most evenly matched BR experiences the game has to offer, not giving one character game changing abilities over another.

A Familiar BR Experience With a Few Added Touches

Blackout shows noticeable resemblances to popular BR only titles, Player’s Unknown Battleground and H1Z1. While the layout and concept stays the same – players fight to the be the last soldier, or team, standing – there’s the familiar Call of Duty aesthetic that brings some new flare to the genre. The massive map is made up of smaller multiplayer maps found in previous Call of Duty titles, uniquely combining familiar areas with an expansive new method of rifling through the competition. The gunplay is far quicker than any other BR title out which helps keep each match more lively and less antiquated.

As you struggle for survival amongst the 80 some players in each match, players will loot for typical gear from different leveled armor suits to a variety of familiar weapons found in past Call of Duty titles. Adding attachments like scopes and foregrips helps enhance gunplay, but scavenging for them while staying alive is part of the ever-repeating challenge found in the BR format. What is unique in Blackout are the diverse consumables found across the map that add a brief moment of enhance tactics and abilities. From quicker crouching movement speed to the ability to consume medpacks more quickly, keeping an eye out for these ability enhancing packs can greatly turn the tables in your favor.

Adding some more Call of Duty nuances to the BR experience, zombies can also be found scattered across the map. What’s been one of the more popular modes throughout the past decade for the franchise, stumbling across a horde of undead can bring an extra challenge to player’s survival. Whether you’re outrunning, or out-gunning, a pack of blood thirsty living corpses, or the chance of mowing down a group of zombies giving away your position is a perfect addition to Call of Duty’s take on the BR mode.

Like many other BR titles, Blackout allows players to operate a small variety of automobiles, like ATVs and giant utility trucks. Adding a bit of depth to the vehicle list is also the option to take to the skies via helicopter, but severely act as more of a distraction rather than a convenient method of covering the map. And if playing solo your only option is to navigate the chopper as there are no onboard turrets to control, leaving any sort of aerial support to assisting squad members. While the touch of aerial traversal in a battle royale game is an interesting addition, I often found it much more detrimental to my survival when attempting to lift off, or fly overhead a hot zone.

An Addition We Didn’t Know We Needed

With the massive playground of soldiers fighting for survival soaked with Call of Duty’s trademark gunplay, Blackout is a great addition to the collection of remarkable multiplayer modes offered by the long-running franchise. With this year’s Call of Duty iteration neglecting the core single player campaign that started the series off back in 2003, the multiplayer only title is, at least, bringing some interesting – though cautiously shallow – changes to the experience. Here’s hoping the rest of Black Ops 4 offers more unrivaled diversity and adrenaline infused action to the formula.

Beta key provided by the publisher.