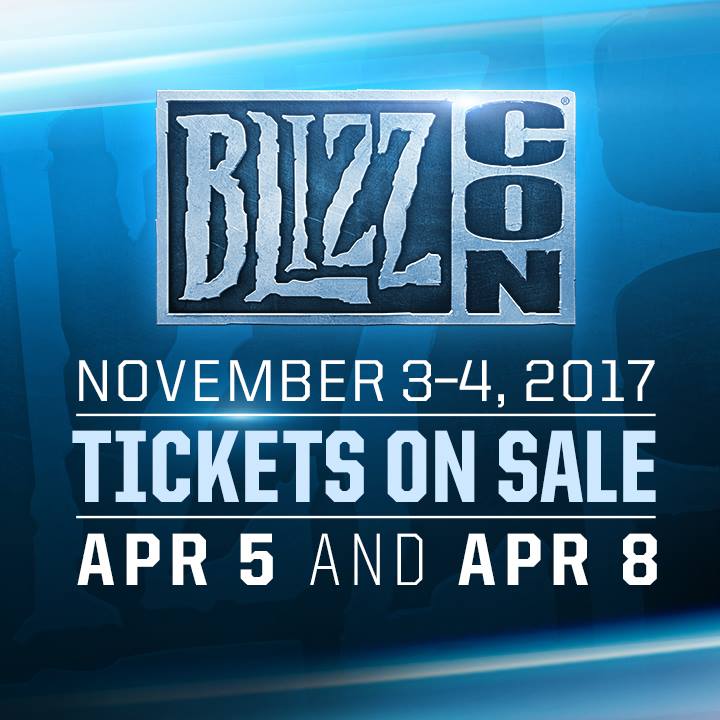 The first group of tickets will be available on April 5th, and the next batch will be released on April 8th. Tickets for the event are priced at $199 each plus additional fees and taxes which haven’t been explained by Blizzard.

In addition to BlizzCon, the company has confirmed that they’re hosting a special Benefit Dinner on November 1st. The event is a charity drive in support of the Children’s Hospital of Orange County (CHOC), and attendees will be able to talk with Blizzard developers and the community representatives. The event has a limited number of tickets that will go on sale on April 12th at $750 each.

Blizzard has also announced that a Virtual Show will be taking place which will provide live streaming coverage for users around the world. Details for this are currently very limited, and there’s been no information released so far relating to the price and to what the tickets provide access.

Just like previous years, BlizzCon 2017 will host a range of contests for people to get involved. The company has released a new statement about this to reveal their plans for the coming year. The structure and format of these contests will be changing this year. However, the Costume Contest for cos-players to show off their best creations, will remain. Blizzard hasn’t revealed any of the changes, however. and will make some announcements relating to this once the convention date approaches.