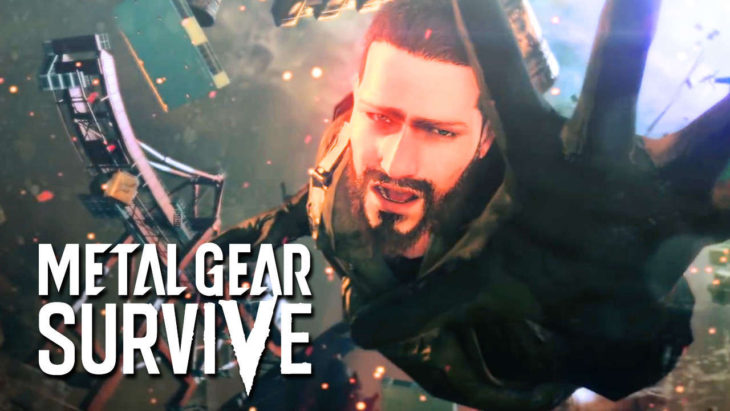 Better Than We Expect?

The Metal Gear franchise has always sat as one of the most beloved and thrilling gaming series to ever grace video game culture. With its long and illustrious timeline filled with complex characters, factions and fictional political endeavors, the highly respected creator of the series – Hideo Kojima – has grabbed the unrelenting attention of enthralled fans everywhere with a unique twist on sci-fi, stealth and grizzly voiced characters that cease to give in. Now – after one of gaming’s ugliest departures in recent memory – Konami is attempting to keep the series alive without its dedicated fearless leader in their upcoming spinoff release – Metal Gear Survive.

Across the deep and riveting timeline of the Metal Gear series there have been unexpected twists bringing forth one of gaming’s most intriguing cast of characters. Throughout the heavily politicized settings and deadly missions that players have taken on across the many years of the complex plotline, Hideo Kojima has found new ways to push the boundaries on storytelling and action in an entertainment setting. So with Kojima gone and Konami still hoping to keep the AAA series going strong, they’re pushing the envelope to brand new heights; but how well will the new direction mesh with the classic series?

Metal Gear Survive is taking the military stealth action that made the series so popular, and adding the massively successful genre of zombie slaying mayhem. On paper, it seems like a far-fetched attempt to “keep the weird” going strong in the series, deeming it hard not to look at this as a desperate ploy to reel in new players to the series. But one should ask the question: If Kojima was still on board the Konami train, would adding zombies to the Metal Gear series still seem as strange as it does today? Or simply just another intriguing direction from the fearless and alluring game designer.

On the outside, Survive looks like it fits in perfectly with the long-running series. The HUD is similar, movements and overall controls seem to come right out of the Metal Gear mold, but there are still plenty of major changes that will take place in the new release. While there’s still an emphasis on stealth in Survive, the lingering zombie-like infected will absolutely provide open engagements and white-knuckle action when dealing with roaming groups of enemies, which some may say is the worst way to play the MG games. Luckily, Konami is adding a unique co-op experience to help fit the open world, zombie slaying action title in hopes of shifting the tides.

While playing solo players are fully capable of using the famed stealth across the campaign. Sneaking passed herds of “creatures” will most likely take much more patience and skill, while grouping up online makes the stealth approach a great deal more difficult. Players dealing with the many creatures across the campaign of Survive while playing in co-op will be much more successful when treating Survive as your typical zombie shooter title.

A Unique Spin on the Series

The story of Survive doesn’t shy away from the absurd and sci-fi setting, but adds more of it to the formula. Taking place in between Ground Zeroes and Phantom Pain, soldiers from Militaires Sans Frontières, as well as the remaining Mother Base have been sucked through a wormhole leading them into an alternate universe. A universe filled with undead like ‘Creatures’ forces the soldiers to survive, as well as finding their way back to their own dimension, which becomes top priority. Players will be able to customize their own soldiers with equipment that best suits their play style, be it stealth, open conflict, or an even mix of in between.

After the events of Ground Zeroes, Kaz Miller and Big Boss have been evacuated from the premise, and at a perfect time to boot. A wormhole opens up in the sky and sucks all remaining soldiers, as well as the Mother Base into the unknown alternate reality. The setting is something that no one could see coming out of the Metal Gear timeline, and for that reasoning alone Konami has been openly forward about Survive’s plotline. The events that take place throughout Survive in no way affect any of the original story across our beloved Kojima narrative, but rather a simple spinoff title of the series.

Zombies, or zombie like ‘Creatures’, is not the only new aspect that takes the Metal Gear series and turns it into a survival experience. Within the foreign wormhole a dense fog like air sits heavy throughout the world, forcing soldiers to wear oxygen masks for survival. Replenishing oxygen, as well as fluid levels is vital for surviving in the deadly world, and scavenging every last resource is how players will overcome the odds.

Similar to other survival titles, crafting valuable resources is huge in staying alive throughout Metal Gear Survival. scavenging from just about anything in the map, players will be able to hold a specific weight limit in items, materials and other inventory equipment. In menu healing, crafting or customizing will be available, adding even more RPG like substance to the stealth action shooter title.

Players will have the option to play through Survival in co-op online, or with the help of up to three AI companions in single player. Survive will require constant internet access, even when only playing in single player modes. In co-op, however, players will be able to roam within the entire open world, as well as build, craft and scavenge for important resources. Building is a huge portion of survival, being able to create fences, walls and any other type of reinforced barricades and survival needs.

Bringing in the Mother Base tactics from Phantom Pain and Peace Walker, players will be able to use the Fulton Recovery System to recruit animals, soldiers, civilians, other resources, and even creatures back to headquarters. Bringing in anything that can be used or helpful is a crucial way in preparations for future expeditions and finding your way back to the normal reality you came from.

Many aspects from Metal Gear still lay intact within Survive, but the game itself doesn’t ‘fee’ like a true Metal Gear game. The stealth is present, but how often players willingly crawl passed a group of creatures rather than openly melee attack an area of enemies can only be answered once the Survive hits store shelves February 20th, on the Playstation 4, Xbox One and PC.