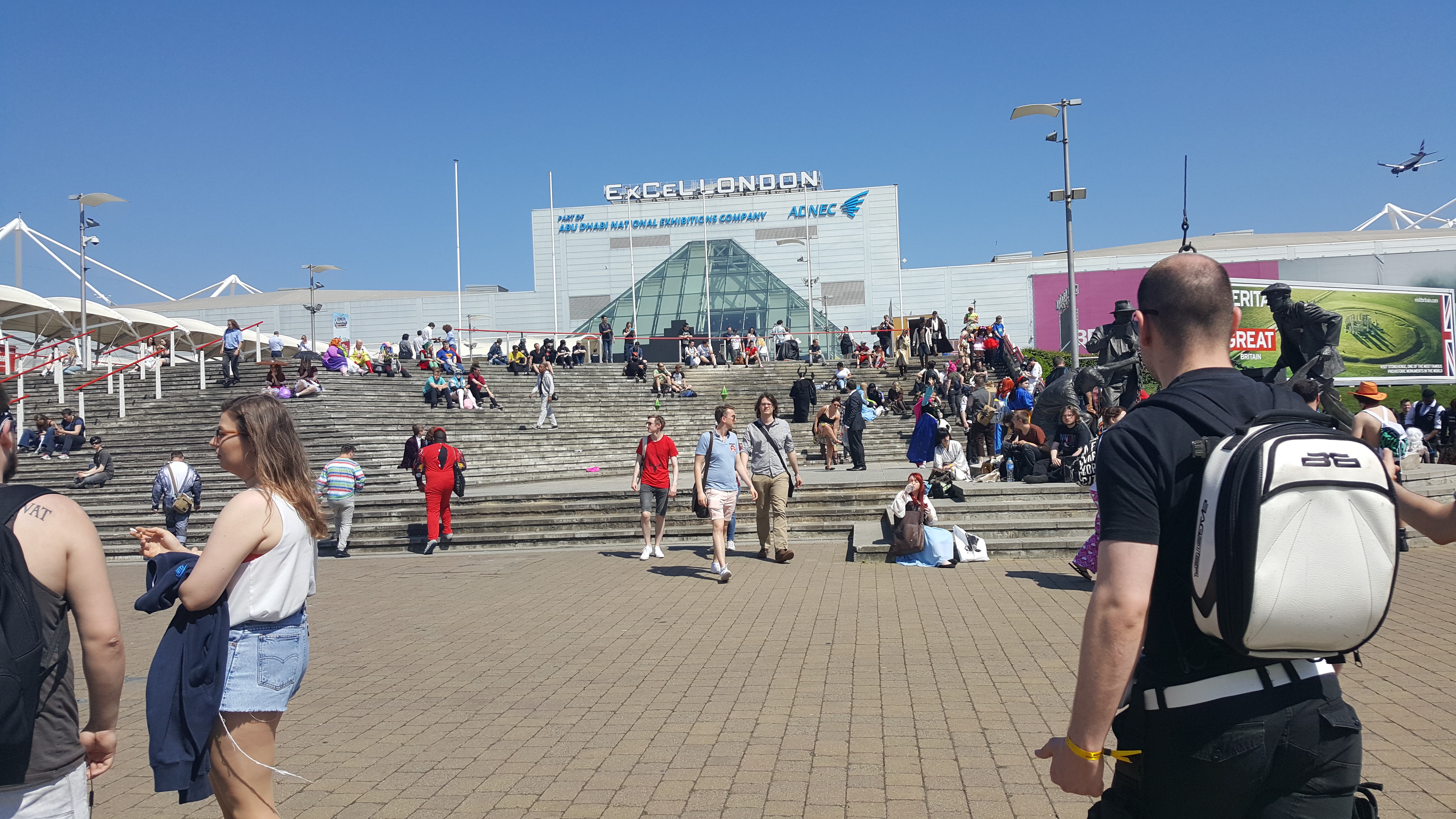 There’s a reason there was no posts yesterday, I was at MCM London Comic Con. For those in London who didn’t realise the event was this weekend, there are still two days left. Priority and General entry tickets have sold out for today however so if you don’t have a ticket, you can’t attend. There’s a graphic on the website that states “If you do not have tickets, do not travel” in regards to today’s event.

Hope isn’t completely lost however as tickets for tomorrow are still available. You can purchase a Priority or General ticket for Sunday here.

My day at Comic Con London was exactly as you’d expect. Great fun! There was lots to see such as the Yogscast stall for some signatures and discussions with the members of the Yogscast. In addition to this, the place will filled with merchandise stalls (as expected). There was even an area dedicated to eSports where people battled it out in Tekken 7 live on stage.

Sadly, I didn’t get a chance to play any games while at the event. It was strange to see a MCM where there was only a few games available for play. Usually there’s a larger number of game stalls and demo seats. I was able to take a brief look at Tekken 7 however but decided not to queue up for the demo which had a nice size audience surrounding it. There was a range of other games at the event however from different developers. Sadly, there wasn’t much on offer this time.

Another sad point was rather surprising. There was a distinct lack of costumes and cosplay. While I know Saturday is the big cosplay day, in the past there has been a few great costumes walking around. Yesterday there was a few nice costumes but they lacked the “wow” factor. There was some nice statues around the place however!

So that was  my day at Comic Con. You can check out my loot haul down below! Are you planning to attend MCM? Let us know in the comments how it goes!