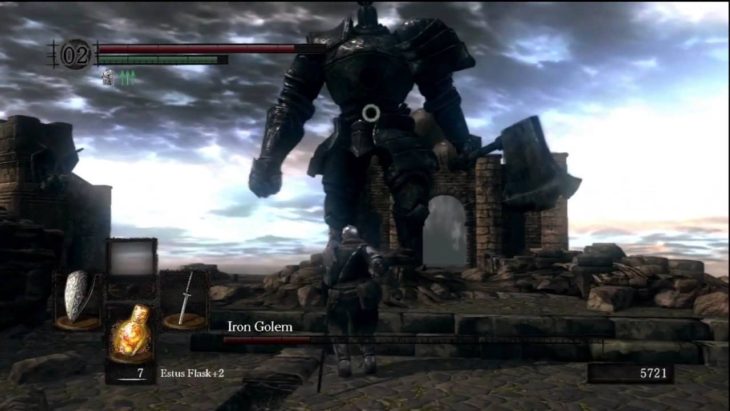 Back once again for the series breaking down the features in gaming that’s so addictive, so immersive that we can’t help but come back for more. We’ve gone through everything from graphics to story, soundtrack and scores to excellent character development, but none have touched the various challenges, competitive nature and rewarding success we receive from gaming. Now, is our time to cover exactly that.

Stressful moments, powerful enemy encounters, a last second goal for the win or a comeback victory in the final round; all of these moments and more make gaming the action packed, adrenaline fueled rush that it is today. Sure, there are heart breaking stories and dramatic friendships that rest into the emotional mold that tug at our heartstrings, but the challenge and overcoming treacherous obstacles is a true source of passion and determination.

Some games offer other challenges like puzzles, investigations or QTEs (Quick Time Events). Thrilling titles like Heavy Rain or Beyond: Two Souls, QTE originals like Shenmue or Die Hard Arcade and puzzle titles such as the famed Tetris, the first person adventure Portal or even the mobile favorite, Candy Crush, all create their own unique idea of challenging gameplay, outside of run ‘n’ gun or sword slashing mayhem. Climbing the ever-expanding “tree” of challenges in many of these games, you progress increasingly more, receiving more tedious puzzles and rewarding items, as well as putting your skills through a sense of motor skill training.

Rewards for completing tough missions or quests, defeating heavy and powerful bosses, or finally finishing off the reigning champion of a heated racing tournament, drive gamers to accomplish feats only fantasized over in the past. Popular RPG titles like The Witcher, Diablo, The Elder Scrolls, Mass Effect, Horizon Zero Dawn or any number of Final Fantasy title or other experience point looting game gives players the rewarding privilege of unlocking increased abilities, health and skills. The infamously difficult Souls series’ push harcore players to the limit, setting them against giant bosses with large amounts of health and powerful moves, but players receive precious rewards for their valiant efforts. The more you push through challenging trials and enemies, the higher your character’s experience level becomes, unlocking more missions, items and weapons that will benefit you in throughout the game.

Other open world titles like Just Cause, Assassin’s Creed, Far Cry or Grand Theft Auto offer new events upon completion of current missions, liberating numerous outposts to unlock more info on the map or retrieving misplaced or hidden objects and items across the map, essentially providing an even more massive and immersive gameplay than before. These incentives push players to dive further into the game and discover hidden secrets and paths, not only giving games more replay value, but a greater sense of accomplishment for the player.

Fighting your way through enemy waves to proceed to the next area, gathering enough experience points to unlock the next ultimate ability, earning enough cash or stock to buy the next fastest racing machine or perhaps just moving from checkpoint to checkpoint, further advancing the storyline, the challenges and rewards in video games are just as an important factor as any graphical or gameplay achievement. Whether you’re two blocks away from the high score in the famous puzzler, inching out the victory by the skin of your teeth, destroying the enemy bases and soldiers to unlock additional weapons and vehicles or merely exploring forgotten lands of mystery to experience an enthralling storyline – the objectives or challenges met in gaming is an excellent way to reward yourself for a job well done.