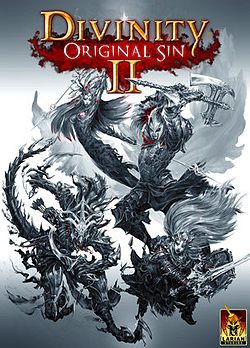 “Divinity: Original Sin 2” is the sequel to the highly rated 2014 game. The game completed its Kickstarter campaign with over $2 million raised for the game. The campaign reached a stretch goal called “Game Master Mode”, and now the developers have revealed what this is.

Larian Studios had an exclusive interview with Polygon about this new mode.

“Game Master Mode” is heavily inspired by Dungeons & Dragons. Not only is it inspired, the developer also made a deal with the D&D publisher so they could create a demo based on a D&D module. The module it was based on, “Lost Mine of Phandelver”, is one of the more iconic campaigns of all time.

The Game Master Mode is incredibly flexible. It allows the game master to queue up dozens of single-screen levels for the campaign. In addition to this, players can even upload their own player-created map to play on. According to Polygon, the game features between 120 – 150 pre-made levels to play on. The game also comes with modding tools.

Larian Studios states that “it’s a full modding package” that players have to work with. Players can create their own levels, creatures, art assets and more. It’s also possible to share and download other player-created campaigns.

While there is a large amount of flexibility and freedom, the system does come with limits. For example, players cannot change the core gameplay or combat mechanics of “Divinity: Original Sin 2.” The creative director, Swen Vincke, told Polygon that they’re “really happy” with how this mode has turned out.

We will be sure to keep you updated about “Divinity: Original Sin 2” which is due for full release later this year.