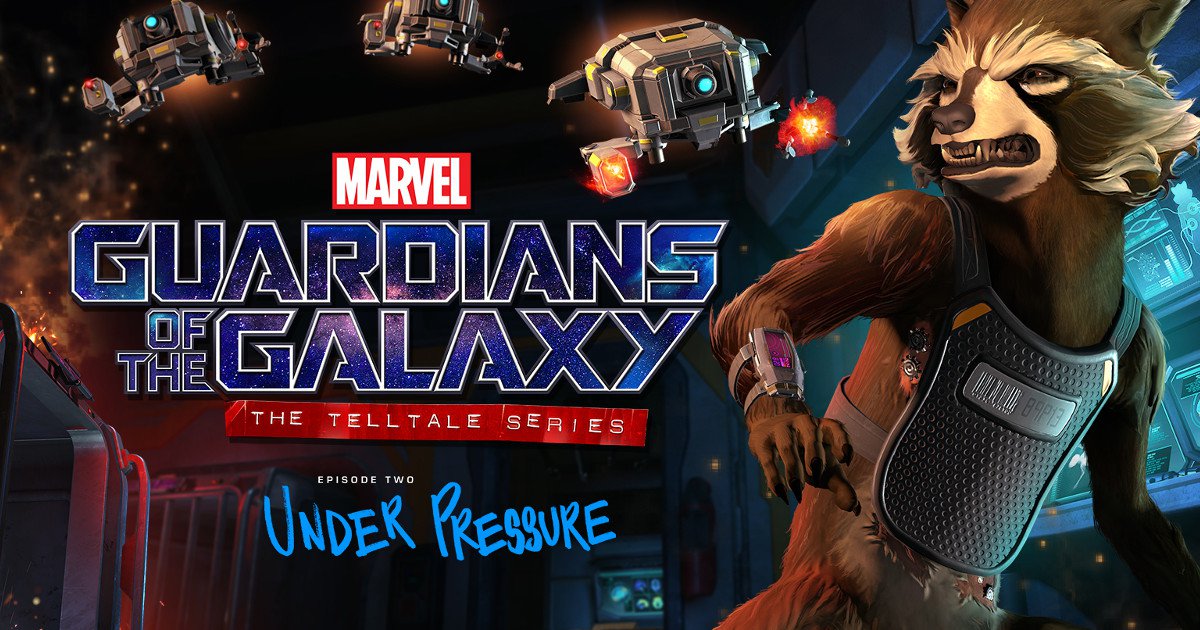 The next episode of the newest Telltale Games series, Marvel’s Guardians of the Galaxy: The Telltale Series, has released today, June 6th. Episode two titled ‘Under Pressure’ takes the player on more of the developers impressive dialogue based gameplay, excellent and hilarious story writing through the super heroic Marvel universe. There’s also a revealing trailer from Telltale Games to give you a taste what to expect.

The Telltale Games franchise has taken players on epic, wonderfully crafted stories with terrific voice acting, fluent button-matching sequences and decision based dialogue. Covering popular series like The Walking Dead, Borderlands and Back to the Future, their latest tale takes us to Marvel’s powerful universe. After the discovery of a powerful new relic, The Guardians look to control the mysterious untold power to help alongside their long endeavor across the galaxy, to find more answers. With old friends and unsure allies joining alongside the Star-Lord and company, they continue to evade the Kree troops and their maniacal leader.

Filled with a star-studded cast, Telltale Games nails it again with impressive voice-overs and dialogue with witty writing and a striking story. Well-known actors included are Scott Porter (Friday Night Lights) as Star-Lord, Nolan North (Uncharted series, Pretty Little Liars) as Rocket, Emily O’Brien (The Young and the Restless) plays Gamora, Adam Harrington (League of Legends, The Wolf Among Us) as Groot and Brandon Paul Eells (Watch Dogs) as Drax. With such a talented group, the delivery of the entertaining script will keep you coming back for every episode.

If the digital download thing isn’t your style or your system lacks the small amount of required hard drive space, a ‘Season Pass Disc’ will be available at retailers for the bundled price of $29.99 USD, which comes with Episode one ‘Tangled Up In Blue’ and scheduled online updates to access the newest episodes as they release through the remainder of 2017. Look for Marvel’s Guardians of the Galaxy: The Telltale Series Episode Two ‘Under Pressure’ on Playstation 4, Xbox One, PC and mobile devices on Google Play and the App Store out today for $4.99 USD.