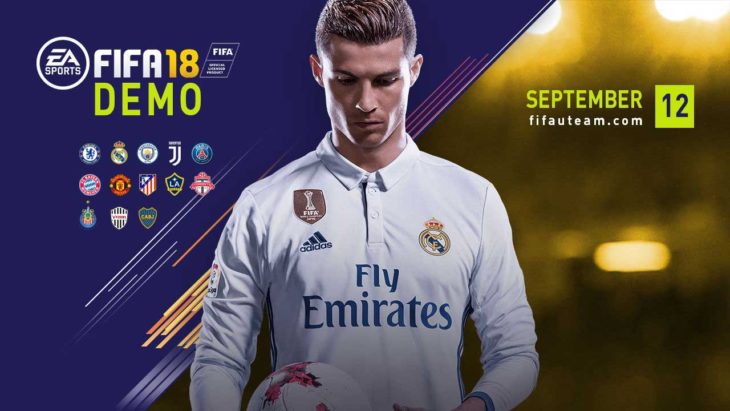 FIFA 18 is being released next week and it’s now been confirmed that the game will be getting a demo for some platforms. The demo will feature 12 teams and the Kick Off mode for players to test out and see if the full game is worth purchasing.

For PC users, the demo is only available through Origin. The EA store front. It doesn’t seem to be available on Steam which could be a huge loss for EA as a result.

Sadly, there is no Nintendo Switch demo for FIFA 18. Something that has been wondered about by the Switch community for quite some time now. The reason for this seems to be the fact that the demo also includes part of the single-player campaign mode called “The Journey: Hunter Returns”. It’s not currently known how much of the single player this demo contains or how limited it will be.

It’s a shame there’s no Switch demo as many owners are currently still on the edge when it comes to potentially purchasing this game.

FIFA 18 Teams in the Demo

FIFA 18 Stadiums in the Demo

While the demo is only available for three platforms, FIFA 18 will be releasing on several others next week. The game will be releasing for PS4, Xbox One, PC, Nintendo Switchm PlayStation 3 and Xbox 360. We currently don’t know if the other platforms will get a demo in the future. Hopefully, they will as demos can help to sell games but in the end, it will be down to EA to work out if it’s worth doing.