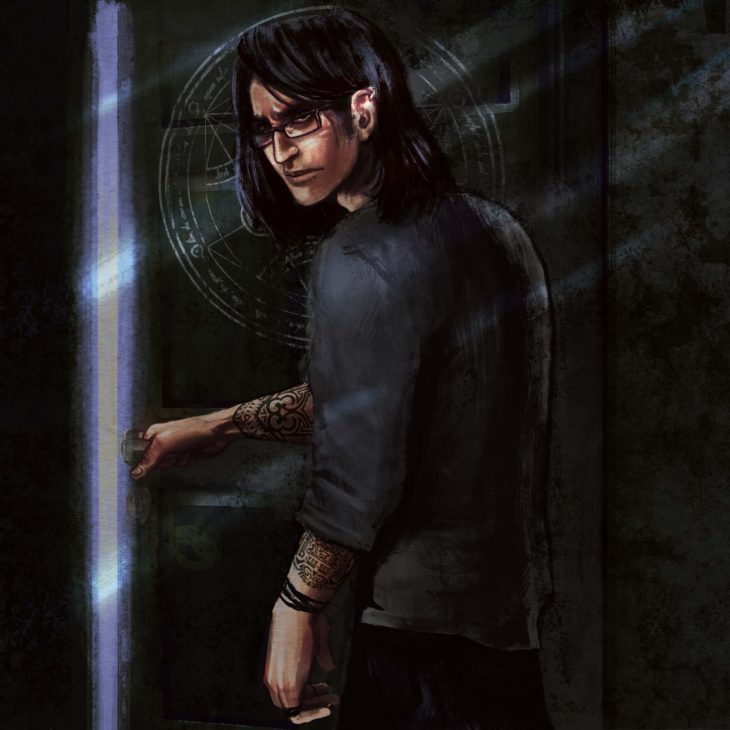 The first title any rising video game developing company can set the tone for the very nature of the creative direction for the team. Old Moustache Gameworks is setting a dark, psychological horror tone with their debut title, No70: Eye of Basir, available now on Steam.

In a house where two brothers – famous creative director, Aras and archaeologist, Erhan – spent their childhood years, hearing unsettling noises and feeling disturbing presences, you’ll find yourself returning after years of abandonment. Equipped only with the mystic Eye of Basir, the player controls brother Aras as you return to your grandmothers old house after 20 years since her death, where Erhas has gone mysteriously missing. Solving difficult puzzles and facing deep, hidden memories about the old house, this psychological exploration game leaves one mystery after another in every dark room and cranny in thrilling first person view.

Growing up in the old home, the brothers would experience various “hauntings” or paranormal activities throughout. Years later, Erhan gathers a notion of something feeling out of the ordinary, only to lose contact with the rest of the world after arriving. It’s now your duty as Aras to explore, solve and save your brother from whatever has kept him there. This title isn’t just telling a story on a fictional setting; No70 exists in reality and has a surrounding history of the real-life horrors the game focuses on.

While not a true virtual reality title, No70: Eye of Basir has VR included as a beta test for those interested. Using feedback from fans and gamers, Old Moustache wants to deliver a true immersive experience providing flawless performance from your VR gear.

With the Steam Greenlight campaign running for Eye of Basir back in 2015, the game has accumulated a rather large following, now with their patience finally being rewarded. Explore the haunting world in riveting first-person and reveal the truth about the ties this old house has with Aras and Erhan. And for those looking for more action after the initial story is finished, the developers also plan to release a DLC including a full episode, continuing the harrowing journey of the old house later down the line.

No70: Eye of Basir is out now on Steam for a discounted price of $6.99 (30% off the original price of $10.99) and will last about another week, ending on July 5th. While not just another exploration game, Eye of Basir will spark your senses and leave your sanity behind as you traverse this horror-themed thriller.