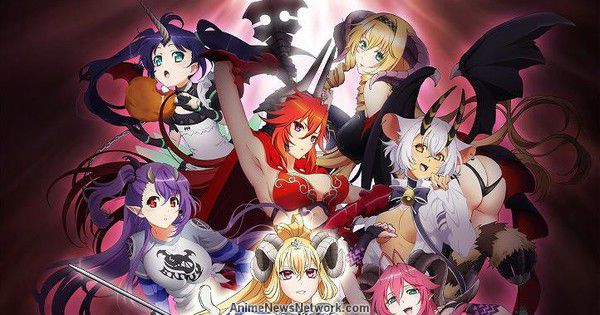 FUNinmation Entertainment made an announcement last week which revealed that a range of anime would be getting English dubs. The announcement also confirms when each episode will be seeing their release.

The Spring SimulDub season is already underway and FUNinmation has uploaded a post detailing the current Dubs. Here are the animes which are getting English Dubs this season:

According to the Anime News Network, the company has also revealed the English Dub lists for two other animes. Clockwork Planet and Brave Witches will both be getting English Dubs according to the website. However, the link to the post on the FUNimation website is currently broken so we are unable to confirm this news.

Almost all anime from the Spring SimulDub has begun streaming. However, Tsugumomo will be premiering on May 12th. The show will be getting weekly episodes every Friday.

The other shows on the list have already begun streaming through the official FUNimation service. Their weekly episodes are now available to watch and interested anime fans can catch up on them before the next episode.

In addition to the above announcements, the company did previously reveal the English Dub cast for two other anime. Attack on Titan Season 2 and also My Hero Academia Season 2. The lists for both anime are available separately to the main list.

While this announcement has confirmed most of this seasons anime, fans are expecting to see more coming. However, FUNimation has not made any suggestions about what else could be coming for the Spring season of anime.