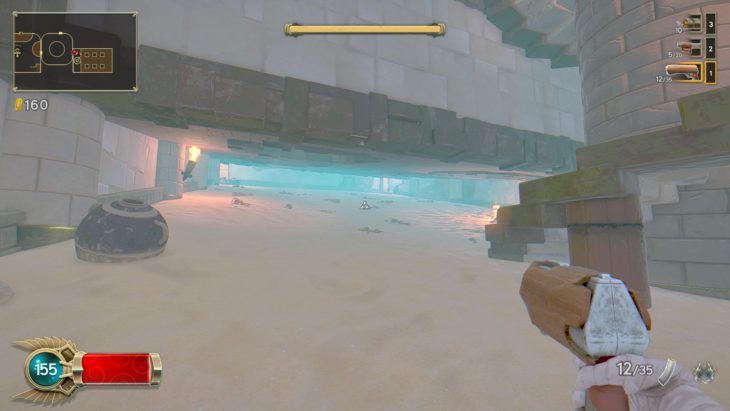 When developing a game you need to ensure that you get the difficulty level right. Most successful games feature a mix of easy and difficult levels. This can be seen in a wide range of game series such as Grand Theft Auto, Assassin’s Creed and Mass Effect. Each of these games feature different types of levels of ranging difficulty levels. As a result, the games are varied but entertaining with a nice range of difficulty levels that keep players coming back for more.

Our recent Immortal Redneck review highlights how successful a room based game can be. Even though players are forced to go all in, not all rooms are incredibly difficult. Some rooms in this game are quite easy with a few low level enemies and one strong enemy to deal with. However, other rooms contain multiple strong enemies to fight. At the same time, the game becomes easier as the player continues to make runs at the game. This makes this a very different game to the ones this article is focused around. While most games like this may struggle, it works for Immortal Redneck as the gameplay is satisfying and completing rooms feels very rewarding.

How to deal with users getting stuck on a level

When it comes to level based games, it’s possible that users will end up facing a level which they just cannot beat. That’s ok, it happens sometimes. Maybe it’s intentional as you want players to level up first or maybe your game is like Immortal Redneck. If this isn’t intentional then you have a big problem on your hands. You need to deal with this or your players will become frustrated and quit.

How can you fix this? There are are several possible options here:

The type of game you’re making will affect which one of these will work. A mobile game would benefit from a random element and level repetition. While an action game might work best with some alternative quests or missions so the player can level up first. You need to decide for yourself which one of these works best for your game.

Next week we’ll be looking at how the Dark Souls series deals with the difficulty curve and what can be learned from this.