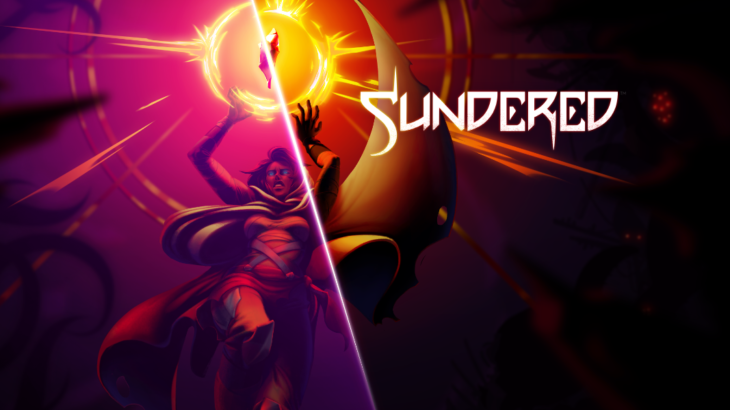 Action side scrolling games are everywhere, and have been everywhere in the gaming world, since the very early stages of mainstream gaming. One of the classic pioneers of the modern story-telling entertainment medium, side-scrollers give all types of gamers an exciting new adventure; and on July 28th the gaming world will see another glorious side-scrolling journey in, Sundered.

Thunder Lotus Games, creators of the critically acclaimed Jotun, released the latest teaser trailer for their upcoming hand-drawn adventure, Sundered. Placed in a ruined world, you take the role as a wanderer Eshe, fighting your way through shifting caverns filled with eldritch horrors and massive boss fights. With the use of powerful corrupt relics, you’ll trade your very own humanity to rid the land of powerful foes.

The ongoing support for Sundered has developed through a Kickstarter page, alphas and betas for the game well before release, and plenty of useful feedback to make the game as exciting as possible. The Metroidvania style gameplay with the eye-catching action and graphics, Sundered brings a terrifying action game focused on survival and keeping your sanity throughout the narrative.

For preorders on Sundered, players can now save 10% on the full price if paid for before the release on Steam, the Playstation Store, GOG, Humble Store, Origin and UPlay PC. Also, as extra incentive, the hit 2015 title Jotun is available for free for anyone looking to up their gaming library. Thunder Lotus Games also announced a limited edition, Jotun: Valhalla Edition, with a very small number (4,800) of physical copies released only on PS4 systems by the publishing company, Limited Run.

Along with the furious trailer titled Resist or Embrace, showing off the hand-drawn nature of the impressive graphics, a release date was revealed for anxiously awaiting fans. Coming July 28th to Playstation 4, PC, Mac and Linux systems, Sundered is sure to grab hold of fans who’ve relentlessly played through Thunder Games’ rookie title, Jotun; as well as newcomers looking for the next ‘must-have’ side-scrolling slasher.