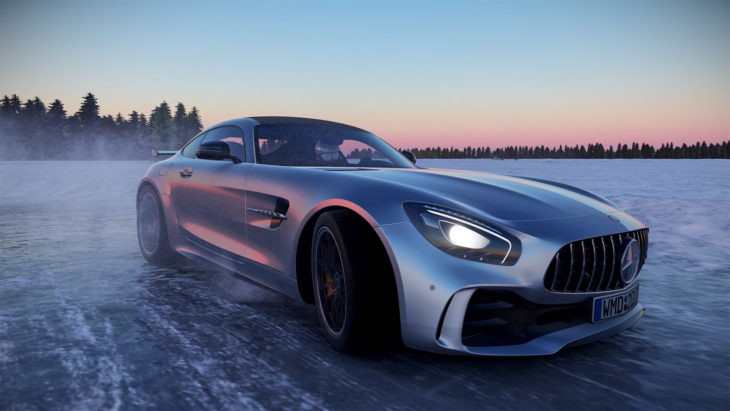 One of the newest series in the professional Motorsports genre of video games is gearing up for the sequel to the Bandai Namco entry title. Project CARS 2 enters the racing circle of the big names of the racing games after tuning up in the pit for the past few years, and to show how close the game is coming along, the developers have revealed a massive list of 180+ racing machines.

In Project CARS the player takes the wheel of insane racing machines from all different style of Motorsports, giving off high adrenaline racing in some of the meanest, fastest cars on the planet. From Honda’s to McLaren’s, Indy Cars to Le Mans racers, Project CARS 2 is giving fans more of what they loved from the first entry.

Beautiful racing, gorgeous automobile sounds filling the roadways and outstanding detail on licensed racing machines made the first CARS an under the radar success. With the more popular racing simulator games clamping tightly onto the genre, like Forza and Gran Turismo, Project CARS took off unexpectedly and was able to build a growing fan base with the series.

With each car put together exactly how the real-life counterpart if looks, feels and sounds, Bandai Namco has constructed a racing game with a list full of official race cars from racing tournaments and events from all over the world. Le Mans events feature some of the fastest land machines on the planet, pitting these luxurious, yet dangerous, speed machines in some of the longest endurance races around. Indy and Formula One cars provide break-neck speeds around tight turns and bends in quick circuit races. These cars can be some of the fastest, but some of the most dangerous as well.

The loads of GT races, Touring, Indy, Vintage Indy or even traditional road cars, Project CARS 2 is looking to deliver more to those fans who made the sequel possible. Check out the list of cars revealed so far at the Project CARS website, and be sure to pick up your copy of Project CARS 2 when it releases September 22nd, 2017 on the Playstation 4 consoles, Xbox One consoles and PC.