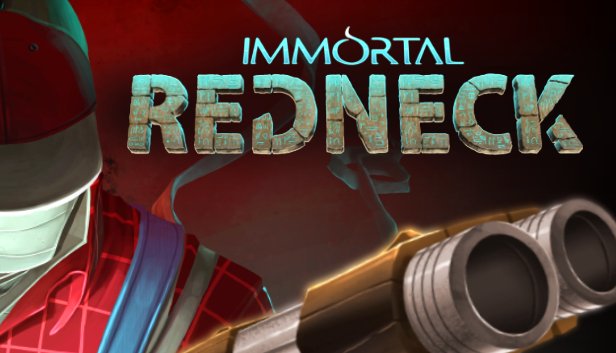 The frantic FPS game Immortal Redneck is currently on sale right now, on steam. The game has a 33% discount on it until October 16th and while it’s not a spooky game, it’s still a fun one which is worth picking up for any fan of FPS games. This discounted week comes shortly after the 1.3 Update which adds a brand new gamemode to Immortal Redneck.

Infinite Tower is a brand new tower however, it’s quite different to the main one in the game. This tower is infinite and never ends so players can run indefinitely through the tower as they slay enemies. This tower will have an active leaderboard where players can compete to get as far as possible into the Infinite Tower. Just like with the main game, this one also has Twitch-integration. However, for this tower, it means that you’ll get to compete against other streamers on the custom Twitch-leaderboard. So this is a great game for streamers as well.

If this is your first time hearing about Immortal Redneck then you can check out our review here. In our review, we state that “Immortal Redneck is a great FPS game and fans of this genre should definitely take a look at it”.

While this may not be a major update for everyone, the developers have also announced that the Korean language is now in the game. Minor improvements have also been made to performance and several bug fixes have been implemented.

There are currently nine unique classes in the game to unlock and while the game starts out very difficult, it does get easier. In Immortal Redneck, the game starts off almost impossible and players must claw their way upwards by earning more gold to spend on new abilities. These abilities are permanently kept and unlocked so the player doesn’t lose everything when they die. Instead, the game encourages you to die so you can do better next time.