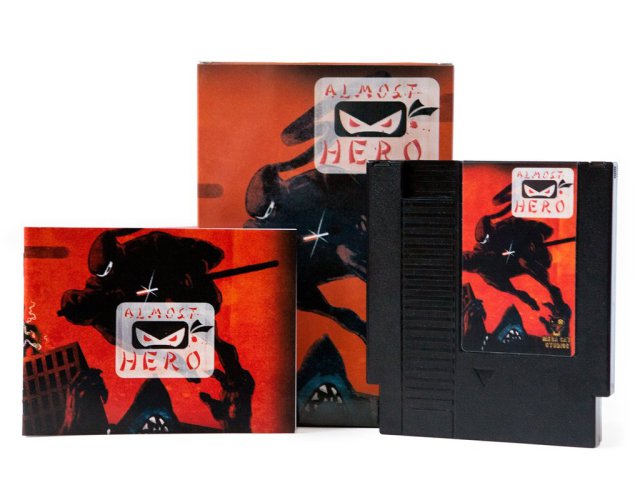 The dawn of cartridge based games may have seen their day a couple of decades back, but the demand for retro style mechanics and graphics still resonate passionately in the era of modern gaming. Indie developers, Mega Cat Studios, hears those calls and has decided to answer back with NEW titles for the older, cartridge based consoles.

Log Jammers, an arcade style sporting game, places the player in the midst of traditional style Logging events. Logrolling or summoning your inner lumberjack in log cutting challenges, this title will take these grizzly sporting events and give them the NES sporting flare, along with 60-fps axe-chucking action, to make for one stand-out title.

In classic, retro 2D beat em’ up form, Almost Hero gives you control of a fierce ninja warrior faced with 8 tough levels and bosses. Embark on this epic adventure and become the masterful warrior that fits you best, while you follow your path on the ninja quest.

Taking a page from classic card RPGs of the 80s, Expedition follows the likeness of the popular VHS/board game combo packs. Using the companion cartridge to help learn the basics of the RPG title, compete for hours of entertainment at a moments notice with an easy-to-learn play style. With simple rules comes exciting and fast-paced combat to win over the most thick-skinned RPG veterans.

With 6 more games on the way to release by the end of the year, Mega Cat Studios is keeping their hands full, much of which with retro style games. One title to release on the HTC Vive, 3 PC titles and a couple more retro based games, be sure to dust off your old consoles and give yourself a reason to fire them back up with the new Mega Cat collection.