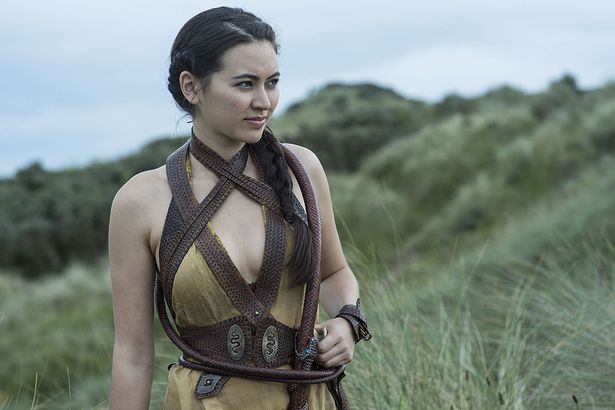 Jessica Henwick recently had an interview with Entertainment Weekly. She reveals that she almost had to drop out of Game of Thrones as the production schedules clashed so much. Due to her obligations with Iron Fist, she was almost forced to leave her role as Nymeria Sand in Game of Thrones. However, she explains that she found a work-around.

Henwick told EW in an interview that she “wasn’t able to do it” at first due to how her schedule clashed. She was filming Iron Fist for “six-to-seven months and they wouldn’t give me time off” she states. However, after talking with Marvel she was able to get a release so that she could work on Game of Thrones Season 7. As a result, she was “flying back and forth” to New York and Belfast “even on Christmas break” to act in both TV shows.

As to be expected from something like this, it was very stressful for her. To the point that she was tempted to just let her GoT character disappear without any explanation. This would be similar to how Gendry from GoT vanished in Season 3 without any hints about what happened to him. Some fans theorize that his character will return this coming season however, this has not been confirmed.

“There is no time wasted this season”

Henwick was able to provide some hints about what to expect from the upcoming GoT season. She states that the new season will “get into the nitty gritty very quickly” and that “there is no time wasted this season”. This clearly refers to her characters new alliance with Olenna Tyrell where they were plotting to start a war.

Game of Thrones Season 7 will premier of July 16th this year. The season will only be comprised of seven episodes however, the final season next week will supposedly contain six episodes.