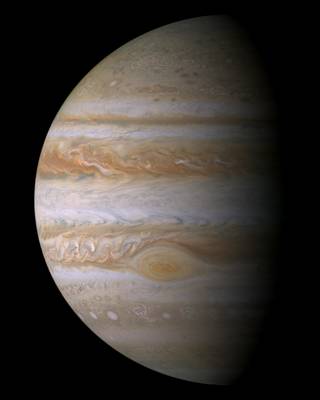 NASA’s Juno spacecraft just celebrated its one year anniversary  of being in Jupiter’s orbit. According to a blog from the company, the craft has collected 71 million miles in orbit around the giant planet. While one celebration has already happened, NASA is preparing for a second one. Juno will be flying over Jupiter’s Great Red Spot later today.

Juno first launched in 2011, and in May the spacecraft was finally ready to start testing. If you missed our article on this then you can find it here. The spacecraft has been collecting a variety of data and sending it back to NASA for analysis.

“Jupiter’s mysterious Great Red Spot is probably the best-known feature of Jupiter,” said Scott Bolton, principal investigator of Juno. Juno and her cloud-penetrating science instruments will dive in to see how deep the roots of this storm go, and help us understand how this giant storm works and what makes it so special.”

The spacecraft will be able to let scientists see through the storm to gain a better understanding of the gas giant. This momentous occasion will take place at 6:55pm PDT or 9:55 EDT. Juno will be passing about 56,000 miles above the clouds of the Giant Red Spot. NASA confirms that all of the scientific instruments will be on for the duration of the event including the infamous JunoCam which lets viewers see the event through the eye of the spacecraft.

Results from previous tests show that Jupiter is a “turbulent world with an intriguingly complex interior structure, energetic polar aurora and huge polar cyclones”. This new flyby from Juno should reveal a lot of new date about Jupiter. However, it may be some time before NASA is able to finish analyzing the results of this flyby. We will continue to update you as we learn more.