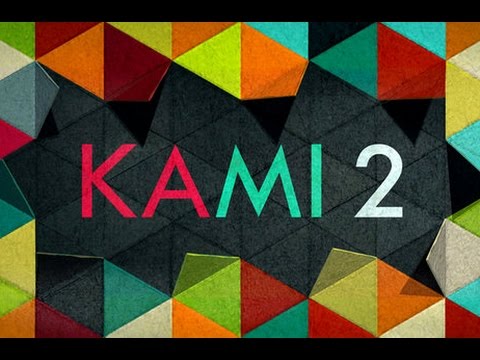 Initially released on iOS, Kami 2 releases on Android devices on Google Play, for free starting today. From the makers of Lumino City and INKS, State of Play is pleased to bring the instant hit puzzler to an even broader audience, now in iOS and Android devices.

Not just a direct port, enhanced features like challenge mode and millions of user-created levels also come packed in this free title. Along with the 100 base game levels, Kami 2 delivers a an expansive experience dedicated to a casual yet mind-twisting puzzle adventure. With daily challenges, endless levels of puzzles and the urge for a high score is a perfect way to enjoy casual mobile gaming.

The original Kami became an instant hit, with a fluent approach to pick up and play puzzler, but set itself aside from the rest of the flock. Building on the original’s perfect gameplay expanded nicely, also giving players a unique opportunity to create their very own puzzling levels, in the new Build mode.

A few different aspects may appear to the returning Kami fans, notably replacing the square pieces with updated triangle pieces. This one small changed open up the gameplay immensely, now providing even more freedom to discover new ways to complete the puzzles.

With the addition of Build mode, players can now deepen their Kami archive and explore even more intricate puzzles. Numerous new modes like Explore, Daily and Challenge will give the opportunity to dig through the vast list of user-created content, now reaching over a million puzzles to choose from.

Joining the iOS population, Android users can now get the new facelift on the hit puzzling game, Kami 2. Out now on Google Play, as well as the App Store, earn high scores through literally millions of exciting and mind-bending puzzles.