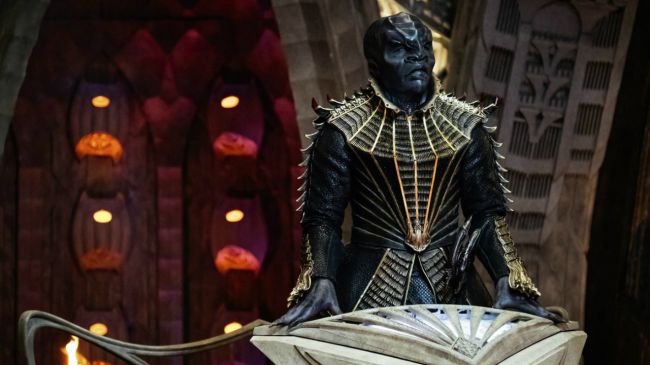 Details for Star Trek: Discovery are slowly being released, but as there’s nothing major to report today, we’ll be looking back a little. Today we’ll be looking at why the Klingons in the new show look so different to the ones that we know and love. The reasons are actually already in the Star Trek lore, and it’s quite interesting.

The Klingons we know from The Next Generation and The Original Series aren’t the ‘original’ Klingons. They’ve actually been affected by augmented DNA experiments which caused their appearance to become more human. Guess where they stole the technology from.

The DNA experiments backfired and created a mutagenic virus that changed their appearance and made them more human. This wasn’t the most pressing matter however as the virus was also killing them. These experiments took place in 2154 during the Enterprise TV show. The Klingons kidnapped the ship’s doctor, Phlox, to cure the disease that was destroying their planets, The disease was destroyed, however, they were still left looking relatively more human than their ancestors. The effects of this virus slowly bred out of their population to give us the Klingons from the Next Generation.

That’s all pretty interesting, but what does that have to do with Discovery?

Here’s the original concept art sketch of a Klingon from the late 70’s. You can find this image and other concept art in this magazine.

What do you think of the new Klingon appearance? Let us know in the comments!