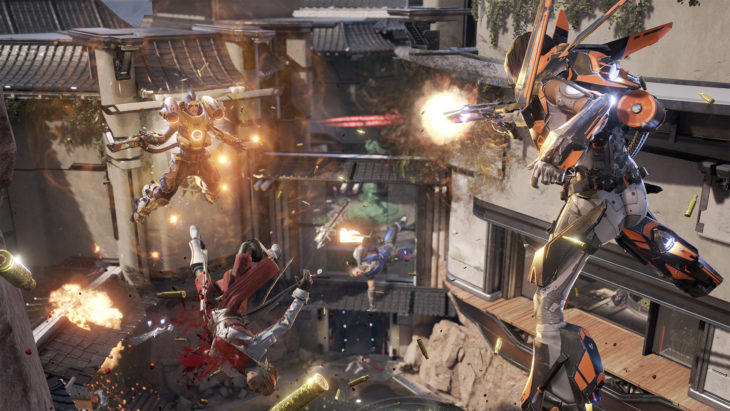 Boss Key Productions have decided to start a Limited Run for their upcoming game, LawBreakers. The developers are working with Limited Run to create and sell a Collector’s Edition for the upcoming FPS game. Here’s what you can expect from it.

What was once formally “Project Bluestreak” will be finally releasing later this year as LawBreakers. Not only that, the game will also be getting a Collector’s Edition to go with the launch of the game. The developers have confirmed that this Collector’s Edition will be limited edition and that each box will be individually numbered. The full contents of the box has been announced already so here’s everything that comes in the box.

The game – The CE comes with the Deadzo Deluxe Edition of the game which has some exclusive weapon and character skins.

Abaddon’s Journal – This journal was ripped straight fro the game and features 50+ pages of fiction, art and functional journal pages

Character Card Packs – Two “ultra premium” card packs are included. They’re made from thick card and foil which should make them high quality. There is one card pack of the two factions in the game.

Premium box – Each box is individually numbered and features embossing, metallic silver ink and is the same dimension as many classic PC games from the 80s and 90s.

While the Collector’s Edition itself will be shipping around the release date, the game will be arriving earlier. The digital deluxe key will be arriving via email to ensure players can join the fray on day one of the launch.

This limited edition Collector’s Edition will only be in production until midnight on July 7th. After this date, no more units will be produced. This is exclusive to the PC edition however as there are only 2,500 PS$ versions being created. Both versions are being sold at 70$.