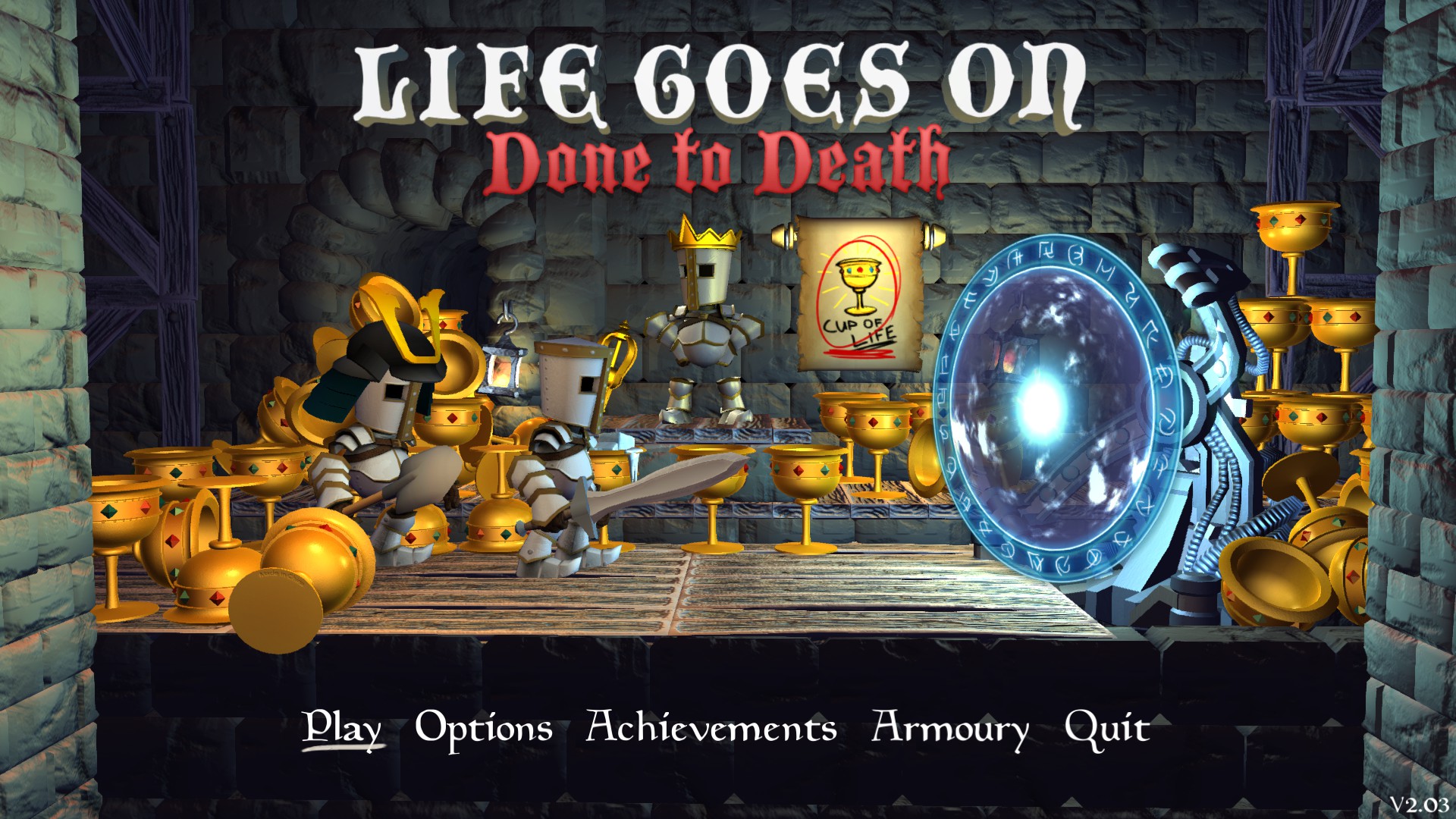 Life Goes On is an unusual puzzle game where the aim is to get the Golden Cup at the end of each level. Unlike other puzzle games however, the player need to kill their controllable characters in order to progress further into the game. The player must kill their poor Knights in a wide range of ways to unlock new sections of the puzzle and to win the game.

The most defining mechanic of Life Goes On is the need to kill the Knights in order to progress through the game. Killing Knights leaves their body on the level for the player to manipulate and use however they see fit. One of the most unique uses is the ability to ‘climb’ up dead bodies and use them to hold onto spike walls to progress to another section of the game.

Outside of the hilarious and strategic Knight slaying, the puzzles in the game are well-crafted. They become more difficult as the game progresses but never feel impossible. Completing the puzzles does feel very rewarding and players greeted with a nice (and sometimes rather sarcastic sounding) victory screen. The victory screen reveals how many Knights were killed during that playthrough and how long it took to complete the level.

Each level in the game can be replayed to obtain a better score. In addition to this, there are special boss levels at the end of each world which are slightly more creative than the other levels and feature some unique gameplay.

Life Goes On is a great little puzzle game which is both intriguing and hilarious at times. While puzzle fans will love this game, even those who aren’t should be able to appreciate and enjoy the gameplay. The game is well-crafted and while the puzzles aren’t too complicated, they certainly aren’t too easy!