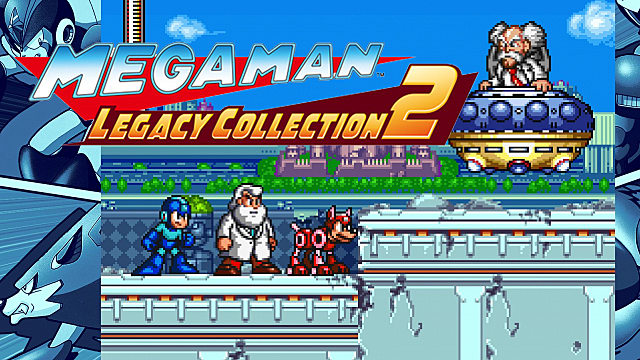 Capcom has officially announced the return of the classic Rockman series with the Mega Man Legacy Collection 2. The follow-up to the ‘Blue Bomber’ titles from the first collection – including Mega Man 1-6 – wraps up the series with Mega Man 7-10. Lock ‘n’ load for a classic return of four action-packed side scrollers in one major compilation. Along with the announcement, an official trailer has also been making its rounds across the web. Check it out below:

Continuing to upgrade the graphics and gameplay features on 7 and 8, while 9 and 10 return to the classic 8-bit roots, Mega Man Legacy Collection 2 gives players some of the best games in the series. Mega Man 7 introduced not only improved graphics from the 16-bit SNES era, but rival Bass and his companion Treble. Vividly animated and lively voiced cutscenes brought the series to the next generation with the release of Mega Man 8.

Bringing the original series back to life over ten years later, Mega Man 9 made its appearance on the Playstation Network, Xbox Live and WiiWare. Returning to the classic 8-bit graphics and nostalgic audio/soundtrack, the series continued to wow fans and critics, making gamers, at least for a brief moment, forget about the lack of an updated release of the cult favorite, the Mega Man X series.

Sticking with the original graphic approach, Mega Man 10 picked up where the previous installment left off, bringing players a retro-evolution of the Rockman franchise. Putting an end to Dr. Willy’s evil robot revolution, blast your way through plenty of platforming packed, 8-bit, side-scrolling action.

The first Legacy collection brought fans back to the good ole’ days of mastering tedious 2D platforming games, while introducing newcomers to a beloved and historic franchise. The second addition will continue to bring much of the same addicting gameplay and creative level designs. Full of heart-stopping action, classic 8-bit soundtrack/graphics and loads of challenging levels ending with tough bosses, this upcoming collection is sure to keep you on your toes.

The Mega Man Legacy Collection 2 will hit online services for Playstation 4, Xbox One and PC later this summer on August 8th, 2017.