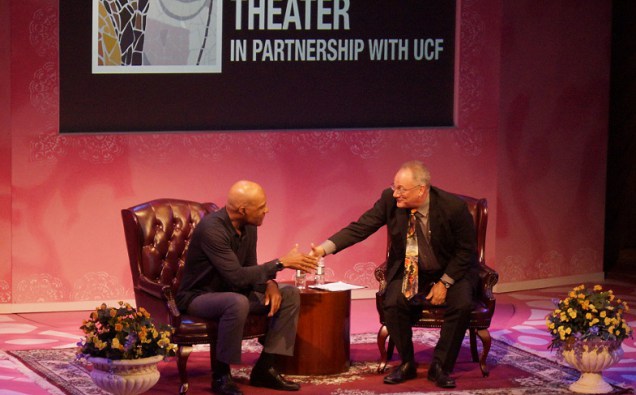 There was a flurry of excitement earlier this week when Michael Dorn was quoted as saying that he would be appearing in the upcoming Star Trek: Discovery show. Scifi Pulse, covering the “Evening with Michael Dorn” event at the Orlando Shakespeare Theater in Florida ‘confirmed’ this news earlier this week. While this was something to be excited about, this news was quickly corrected by TrekMovie who has confirmed that this is not true.

It was confirmed by Dorn’s publicist via TrekMovie that the original website had misquoted him. The actor had confirmed that there were several conversations with the producers but that was it. Those discussions never led anywhere and there are “no plans” for an appearance on Star Trek: Discovery.

According to the email from his publicist, “he went to great lengths explaining why he would not be on the new show”. While there has been quite a bit of interest, the producers did not offer Michael Dorn enough money to be on the show. The email states that “they had offered him less than 1 percent of what he had made in his last contract as Worf”. So while there was clearly some interest, the discussions never led anywhere.

Despite this, the original website that announced his involvement is still adamant that Dorn will be in the upcoming Star Trek: Discovery show. While fans are hopeful about an appearance, it currently doesn’t look very likely and according to Dorn’s publicist, it won’t be happening during the first season of the show.

We will continue to update you as the situation about Michael Dorn unfolds and as we learn more news about the upcoming Star Trek: Discovery TV show.