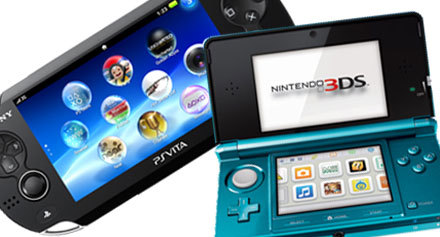 Since the birth of the Gameboy, gamers have had the option of taking some of their favorite titles on the road with them. Whether taking a trip, the everyday commute on the subway or perhaps on your lunch break at work or school, the idea of mobile gaming has circulated through the gaming generations with a bit of a blurry image of its own future.

This year, Nintendo stunned fans and gamers everywhere by diving right back into the mobile market, not once, but twice. The highly praised mobile/home console hybrid, the Switch, re-establishes the definition of the somewhat lagging mobile market. Seamlessly flowing between the home gaming experience with the ‘pick up and go’ methods of mobile gaming, Nintendo gave fans options for various playstyle features, and I’m not just talking about the Switch.

Four months later, Nintendo dropped another mobile device into the gaming universe, the Nintendo 2DS XL. Satisfying the hefty fanbase of the DS line of consoles and games, Nintendo has shown remarkable confidence, in either the future of mobile gaming, their ever-expanding product line, or perhaps both.

Sony has experienced more of a skewed perspective on the traveling gamer market. Their debut mobile device – the beloved PSP – gained momentum right out of the gate, and held respectable figures throughout its long and enduring tenure on the market. Other iterations of the console surfaced, but more or less failed to reach out to much of the mobile community.

Through the many developments Sony created through the PSP line – PSP1000-3000, PSP GO and the exclusive PSP Street (E1000) – the ten year lifespan proved too much for the evolving gaming market. Thus came Sony’s next installment, the PS Vita. Completely upgrading the previous generation of PSPs with touchscreen capabilities, a unique rear touchpad, a highly desired second analog stick and high-end performance and graphics on top of everything else, the Vita, more or less, flopped in much of the gaming world. With vague interest shown in a mobile device that seemed to hit all of the chords hardcore gamers wanted in a mobile gaming device, the world expected to see the end of mobile gaming.

Around that time smartphones and the up and coming tablets were driving the mass populace wild with computer based technology, and an early library of casual games to back it up. The increase of profit from popular android and iOS titles like Angry Birds and Farmville, the mobile market was starting to flourish once again. Shifting from the hardcore gaming fanbase, to the casual “just killing time” players of the modern era, the mobile industry seemed to have found a new audience.

Bigger than ever before, the smart phone based games are growing along with the devices themselves. Creating full-fledged games, re-makes of gaming classics like Sonic, Mario and Street Fighter or game styles never before seen, like the monumental Pokemon GO, mobile gaming seems to be hitting new strides. Once deemed extinct, since the summer of 2016 mobile gaming has triggered a mostly positive turn-around with numerous succesful launches.

Talks of Microsoft joining the mobile gaming console market with an Xbox styled system have rumored for almost the past decade, and many would love to see Sony redeem themselves after the fall of their mobile line, but who knows if those are practical hypotheticals or not. After Nintendo and smartphones have – and so far, still are – proving the mobile market has an audience in the gaming community, I wouldn’t shake off the idea of more serious contenders joining the mobile console market to satisfy the constant pace of today’s moving world.