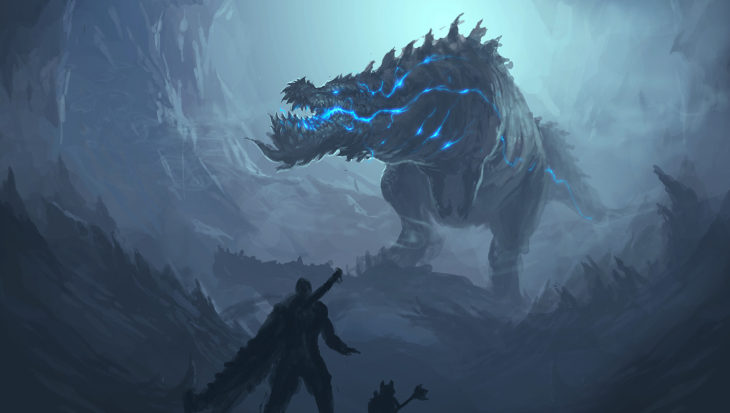 Big news out of LA today, as Capcom proudly announces the upcoming Monster Hunter theatrical film. Taking the massive success of the latest iterations, Monster Hunter World on PS4, Xbox One and PC, Constantin Film is eager to bring the almost decade and a half old video game franchise to the big screen.

The long-running series has players spending up to hundreds of hours taking on quests that involve hunting dangerous dino-like monsters. Players utilize tons of consumable items that buff character specs, spend time cooperating with other players and explore gorgeous landscapes in a fantasy world.

The folks at Capcom behind the popular series are also excited to bring their iconic over to a viewing audience:

“After living and breathing in the universe of Monster Hunter for 14 years we are thrilled with enormous anticipation to see our creations adapted for a theatrical release(…)Monster Hunter’s fan base has exploded over the past year with the runaway success of the game Monster Hunter: World™. It is our hope long-time fans and new alike will join us on this exciting exploration of the Monster Hunter universe.” – Ryozo Tsujimoto, Series Producer

With acclaimed Resident Evil director, Paul W.S. Anderson, behind the camera, his latest work looks to take viewers on a journey of two heroes embarking on a dangerous quest to defeat the land’s inhabiting monster threat. Along the way they will encounter many familiar faces players may recognize from the game series.

Filming of Monster Hunter will begin this month (October, 2018) in South Africa and Namibia. No release date has yet been announced at this time.