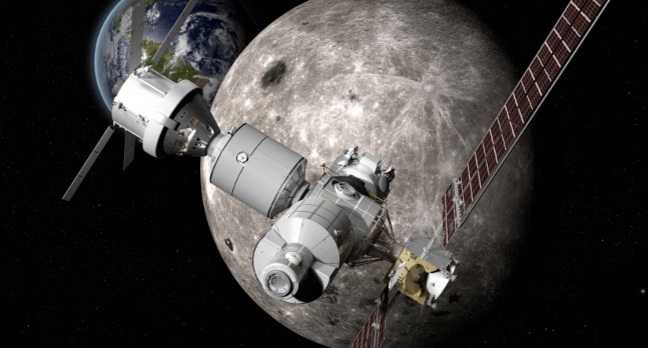 NASA did something last week that many people have been demanding since the Space Launch System was unveiled in 2011 but not many people seemed to notice this. The organization revealed their plans on getting people to Mars and back and these plans could be world changing.

These are NASA’s first real plan for sending humans into deep space and back.

The first phase is designed to use current technologies to allow NASA to have extended operations farther than Earth. The aim is to allow humans to spend more time in deep space for longer-duration missions far from Earth.

The agency is looking to build a crew tended spaceport in lunar orbit over the course of several missions. This spaceport would act as a gateway to deep space and the surface of the moon. NASA has stated that the gateway would have a “power bus” in addition to a small habitat for the crew.

Phase 2 of the mission will be the creation of a reusable vehicle that allows humans to visit places such as Mars and return to the Deep Space Gateway. Current plans for this vehicle state that it will use “electric and chemical propulsion” to reach it’s destinations and make the return journey.

The plan is to create a vehicle that will be launched by a single SLS rocket and will be able to refuel or resupply in-between journeys at the Deep Space Gateway which will be located around the moon.

NASA will be looking for partners for these plans however, the organization is planning for long-term missions in outer space. The group is open to new ideas that will help them achieve the goal of implementing the Deep Space Gateway and also the Deep Space Transport. We will update you about this at a later date.