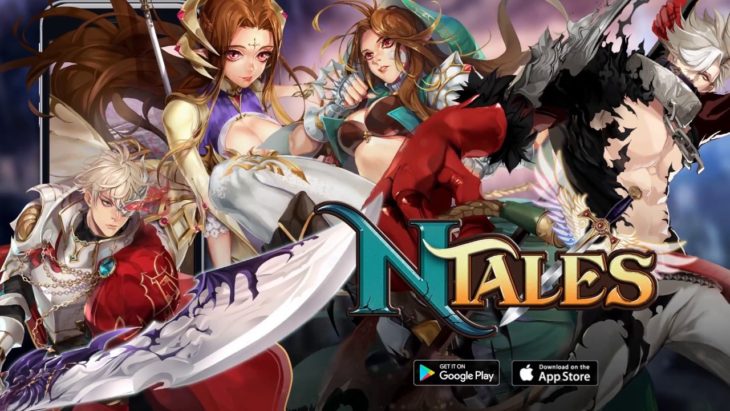 Gaining its soft launch coming this Wednesday, NTales: Child of Destiny will be releasing to the South Asia and Australia regions. Follow this epic 2D adventure RPG for a true MMO experience found in the ease of your pocket.

This cutesy stylized RPG title will bring all of the nostalgic charm from the great RPG titles of the past, and right onto your mobile device. Explore fantasty lands, defeat your enemies with tons of different battle mechanics and loads of unique special features. This classic RPG doesn’t only look the part, but plays like how a 2D RPG should.

The game follows a straight forward plotline, but that’s not the only option to keep you busy. There are plenty of side quests, death-defying missions and tons of other accomplishments throughout the title. Take off on a pocket adventure like no other from the creative minds at RuleMkr studios.

Online features are scattered across the game from Raid Parties and PvP modes to Guild Wars. To help fight against the enemies ahead, your own adorable companions, or Pets, come equipped with their very own PvP mode. Create tons of battles between some of the most adorable enemies and companions around.

NTales also comes with tons of other collectible items, equipment, costumes and accessories. Tons of gear can be found throughout the open sandbox world in Child of Destiny. Earn these unique items from many different challenging modes like Boss and Time Dungeons, Pet Island and Infinity Tower. Conquer waves of enemies and build the ultimate character from three different classes to choose from (Warrior, Magician and Cleric) in this exciting RPG title.