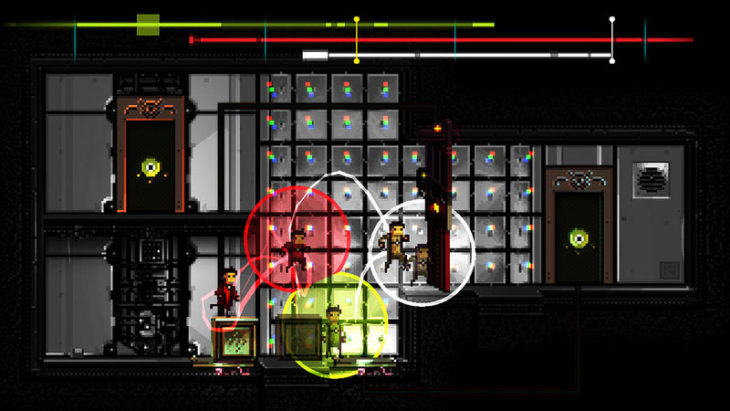 Brand-new puzzle platformer, Still Time – from developer Alan Zucconi and co-publishers MixedBag – will be making its debut next week on the Playstation 4 and PS Vita. Available as a crossbuy purchase, the new title will be bringing physics and time-travel to the beloved genre.

Taking control of time, the player traverses the pixellated 3D environment in a unique world flooded with multiple timelines. Harnessing the absurd power grants the ability to seamlessly flow through the levels, solving tricky puzzles and challenges otherwise deemed impossible without this unique ability. Dodge deadly lasers, jump to and from platforms, trigger sensors and use all the essential objects found in traditional platformers, only now with the new power to face, or face off against, yourself while controlling time.

The game promises to deliver over 40 time-bending levels filled with exciting surprises and conclusions to solving the array of challenges. By controlling time, players can interact with younger versions of themselves by re-winding time, allowing you to work together and accomplish tedious puzzles. Taking the player on an original story through time and physics, Still Time is sure to deliver a unique experience that looks vaguely similar to the hit 2008 puzzle title, Braid, with a few new additions.

Along with the release of the new trailer showing of the gameplay physics and time travel mode, the announcement also surprises the Vita fan base, as the lagging mobile console has been marked for dead well before the traditional life span of Sony’s mobile console line. The special crossbuy feature allows players to receive both the PS4 and Vita versions of the game after the purchase of one or the other.

The time-bending, puzzle platforming adventure, Still Time, will hit Sony fans next week, winding up and settling in to release August 29th for the Playstation 4 and Vita consoles, and will release on the Steam store at a later, unannounced date.