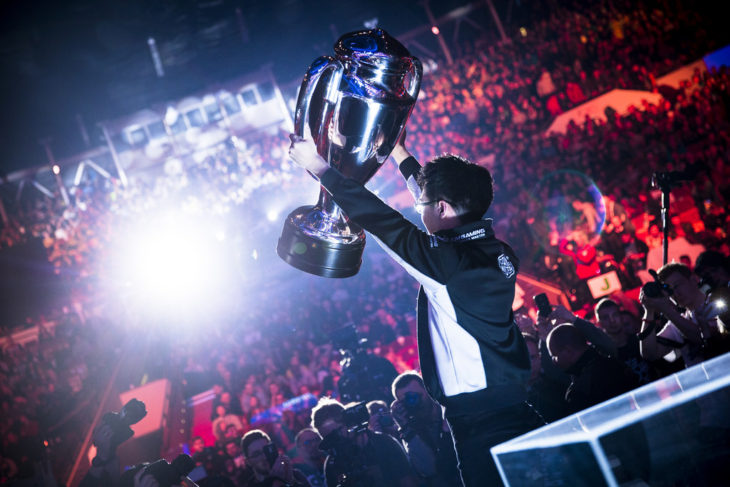 As seen at The Esports Observer, their newest poll asks fans if the growing stardom of competitive gaming – otherwise known as eSports – has a future in television. The poll tallys came back significantly in favor for a new way to watch your favorite esports competitions.

With the rise of multiplayer online gaming – as well as competitive sports continuing to reign in entertainment worldwide – the revolutionary electronic sporting market is ready to pursue larger heights. Streaming services like Twitch have taken the popular gaming competitions to larger scales and wider viewing audiences, while ESPN, Nickelodeon and Disney have all showed their interest in eSports which would help give an even larger push to mainstream.

But how would eSports benefit from airing on national/worldwide television? Would we see global corporations shoving endorsements and sponsors at top-notch players? The gaming community is a coveted place, one untouched by the high-scale gloss and gleam of mainstream competitive popularity, would adding the video game events actually make a difference?

You also have to wonder how frequent the up and coming millennial generation watches TV. Popular streaming services like Netflix and Hulu are prime examples of ‘television killers’, so to speak, as well as other live streaming applications like Twitch and YouTube. In the age of technological advancement, TVs seem to becoming more obsolete when compared to the growing ease of use with smart phones and tablets.

Another factor in gaining ground for eSports is the clarity of the given game. Sports games and other related titles, such as Rocket League, are simple to understand since they’re similar to the live sporting events we see today. But other titles like DOTA 2, League of Legends or StarCraft will prove to be rather difficult in engaging a large number of viewers with an entertaining outlook, while some games may even require a certain amount of story or details pertaining to the game.

Regardless of how fans choose to view eSports, the gaming community is gaining ground and popularity. With worldwide companies eyeing the growth of competitive gaming, a large audience located all over the globe is prepared to witness the rise of eSports on mainstream television.