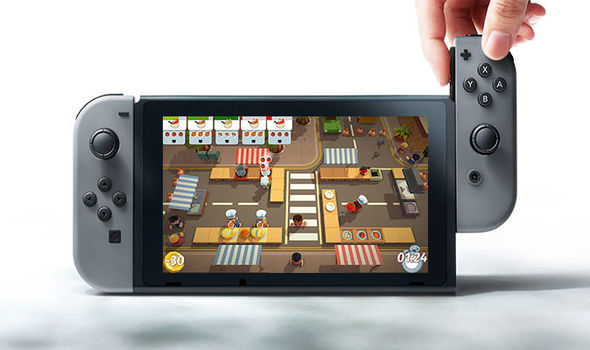 Six new games have released onto the Nintendo Switch eShop this week. It certainly seems to be a good week for Switch owners and fans so let’s take a look at what’s just been released.

This is probably the biggest release of the week. The hack-and-slash game is available in both digital and physical forms right now. So anyone can grab a copy regardless of how they like to purchase their games for the Nintendo console.

One other major release of this week is Overcooked for the Switch. The popular party game was released on Thursday for the Switch and immediately entered the digital charts for the eShop.

For fans of retro games, this is a must buy. It features a range of classic Namco games including Pac-Man and Galaga. It also features the elusive Px-Man Vs game from the days of the Nintendo GameCube.

This 3D modeling and painting game was released alongside Overcooked yesterday. It lets players use the touchscreen to sculpt voxel-based models with their finger, paint them and then place them into different stock photos.

This is the AC NEO GEO addition for this week. The soccer game was first released in 1992 for the Neo Geo and it supports two person multiplayer. It only costs £6.29 like the other AC NEO GEO games which have been added to the eShop.

This hardcore single player and multiplayer game puts players in the middle of the ultimate sport, Hyperball. Players must fight their way up through the ranks to become the ultimate champion. There’s a 2-4 player co-op mode in addition to a vs mode also.

So there’s been a lot of nice releases this week then! What games will you be picking up for your Nintendo Switch? Let us know!