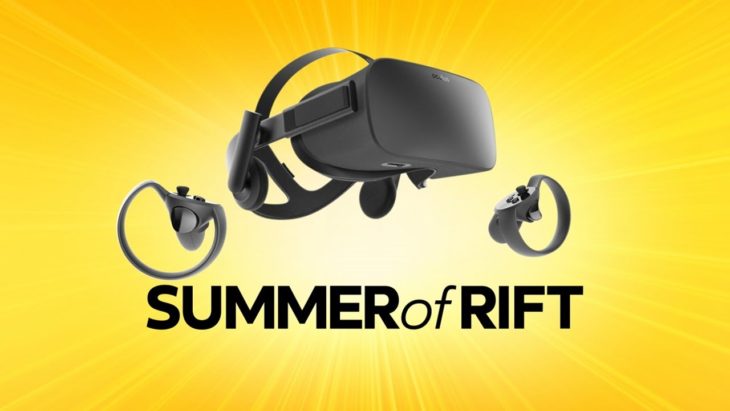 Oculus has just announced that they’re slicing the price of the Oculud Rift for the Summer. In a new blog post titled “Summer of Rift” the company reveals that they’re selling the Rift + Touch controllers for just $399 this Summer.

The increased price reduction in this Summer sales makes the VR headset even more affordable. As a result, even more newcomers will be taking this dive into virtual reality this Summer. However, PC gamers need to have a strong PC in order to run VR games. So anyone interested should check their PC specifications before making such an expensive purchase.

While this sale seems to be exclusive to the VR headset and Touch controller. The platform does have a wide range of VR games currently available for purchase such as Star Trek: Bridge Crew and Wilson’s Heart.  If the Triple A games are too expensive after buying the Rift, there’s a range of smaller games and interactive movies to purchase also. In addition to this, there’s a free multiplayer game called Echo Arena coming later this month.

Echo Arena is a totally free game which releases on July 20th. The developers are pushing for an eSports league with this game so it’s definitely something worth checking out. The VR Challenger League will be kicking off in 2018. Another VR game, The Unspoken, will also be joining Echo Arena at the VR tournament. The Unspoken is currently free to play until tomorrow, July 12th.

Will you be getting an Oculus Rift this summer?