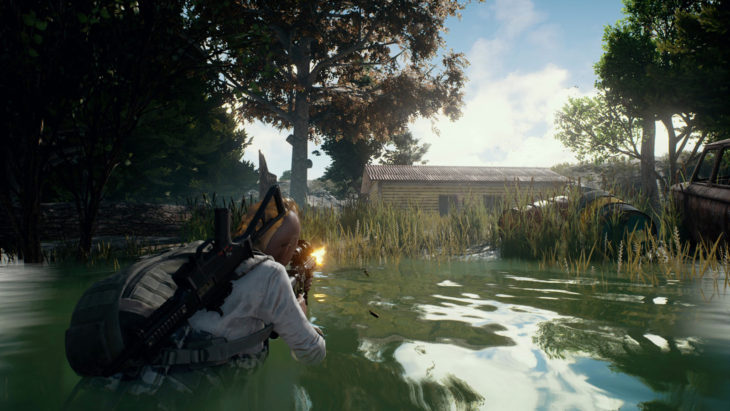 How the PlayerUnknown’s Battlegrounds development process is changing the industry

When you consider the blockbuster titles in the industry today you rarely consider the vast sums of money, talent, and marketing that go into making some of the biggest titles in gaming. and how none of this applies to PlayerUnknown’s Battlegrounds development process, the hit of 2017.

Some succeed while others fail and, at the end of the day, business is business, right?

Indie gaming is changing the entire paradigm and it has big developers taking notice.

It’s not shocking that Grand Theft Auto V is huge – that’s a big franchise with a worthy-if-not-classic iteration in GTA V, a game that keeps getting bigger with time as GTA Online continues to push the boundaries of the title.

But this year one game above them all has come out of nowhere to dominate unlike any title before it, and all without a huge development team and a big marketing budget to push it to the masses.

That game is PlayerUnknown’s Battlegrounds.

The rise of indie devs and PlayerUnknown’s Battlegrounds

And, as Joshua Rivera at Vulture points out, none of this makes any sense.

PlayerUnknown’s Battlegrounds is an unfinished work in progress that just went live not long ago.

But that hasn’t stopped it from becoming the runaway smash hit of 2017, and 2018 looks to be no different as the phenomenon continues to build momentum with console version and planned upgrades.

Sure, PlayerUnknown’s Battlegrounds had an early access stage that helped fund its development, but this is nothing when you compare the money put into the game with the money spent by major developers to push titles like GTA or Assassin’s Creed.

Gamers complain about iteration, but pushing out sequels doesn’t mean the publisher isn’t spending cash. They do, and lots of it. When an unknown (pun intended) comes out of nowhere and takes their spotlight, well, they have to start asking questions about their business model.

Before going gold, PUBG sold over 20 million copies. You read that number right – 20 million.
Many publishers would kill for those numbers, and that an early-access Steam game was pushing that out was beyond unreal. In fact, it’s quite legendary.

There’s no question PUBG is one of the biggest hits in gaming of the last decade, but is it a sign of a new wave of things to come?

Are indie games going to be what drives the gaming industry forward? How will mainline developers and publishers react to this?

And how will indie devs change once they become big? Is the end goal a Mojang scenario or a CD Projekt Red status?

Indeed, like Vulture highlights, PUBG shares a lot in common with Minecraft, another game that has gone from indie hit to gaming classic within the span of less than a decade.. Minecraft spent forever in development and was already a smash upon release. Selling out to Microsoft has not changed the games pace of expansion, either, and it is probably one of the most ubiquitous titles on the market.

All through that it has maintained a level of quality many envy.

Vulture sees PUBG going beyond the Minecraft phenomenon because it is a convergence of multiple current trends: Survival games, indie titles, streaming, and eSports to be exact.

PlayerUnknown’s Battlegrounds is made for all of that.

The gameplay concept is not entirely novel and the execution shows its indie roots at times, but the game is nonetheless amazing. Probably one of the best gaming experiences on any platform.

Perhaps that is what devs lose sight of when they try to decipher the riddle of PUBG’s success.

The experience of games often occludes their budgets and marketing. No amount of marketing can make an experience memorable and no level of graphical fidelity to the real world can transform awful gameplay into a palatable task.

The best part about all of these trends is the enormous pressure indie devs are putting on bigger developers and publishers to pursue quality of experience over bleeding edge graphics and experience.