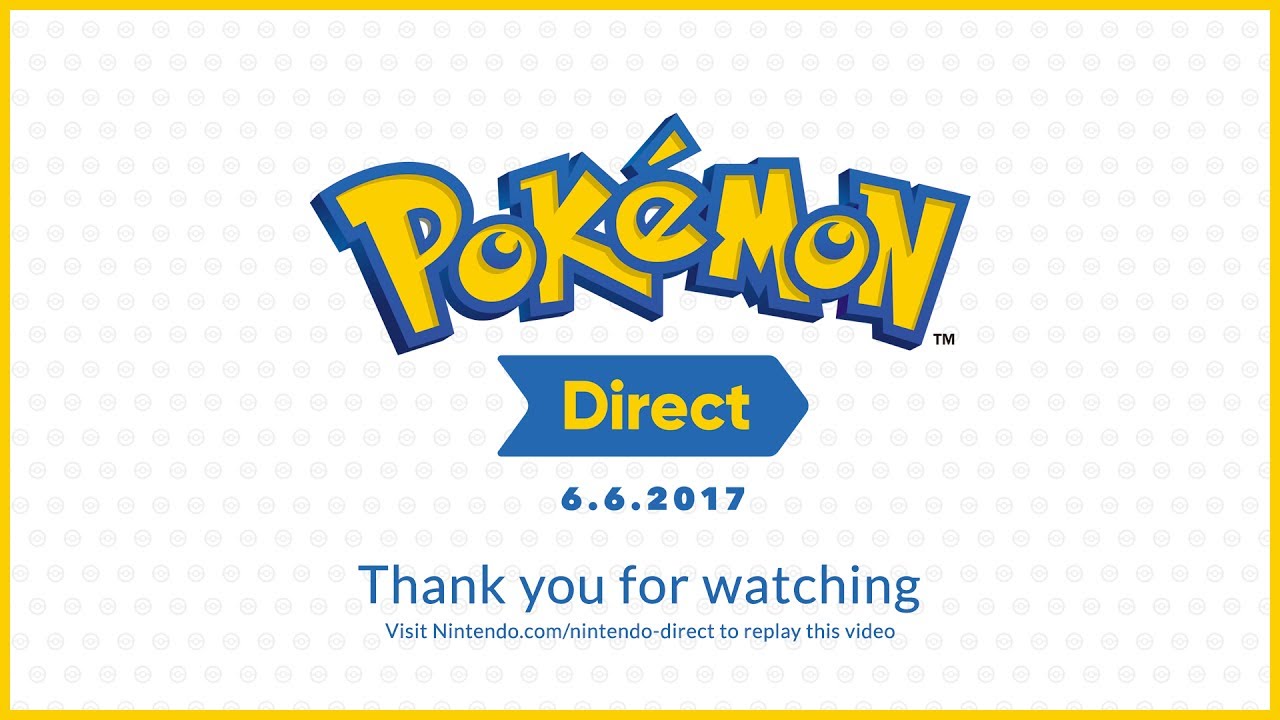 Nintendo held another Nintendo Direct yesterday. This time, it was Pokemon themed and called Pokemon Direct. Here’s all the latest news from the short event and where you can watch it online.

It will be arriving this year on September 22nd for the Nintendo Switch.

Two new Pokemon games will be releasing this year, however it may not be what fans were hoping for. Pokemon Ultra Sun and Ultra Moon feature an “alternate story” to the original Pokemon Sun and Moon games. There will also be new features and Pokemon in the game. Nintendo didn’t reveal any specific details about the game, but hopefully there will be more news from the Nintendo E3 conference.

Nintendo will need to release some information soon, however, as these games are scheduled for release on November 17th for the 3DS.

These two classic games are finally coming to the Virtual Console this year. They will feature the same local wireless connectivity that allows players to trade and battle locally. These versions are also compatible with the Pokemon Bank so players can transfer their Pokemon to the most recent Pokemon games. However, there is no mention of their sister title, Pokemon Crystal.

Players will be able to download the games from the Virtual Console starting September 22nd this year.

If you’d like to see the Nintendo Direct for yourself you can find it just below. It’s only around 8 minutes long so it was a very short presentation.