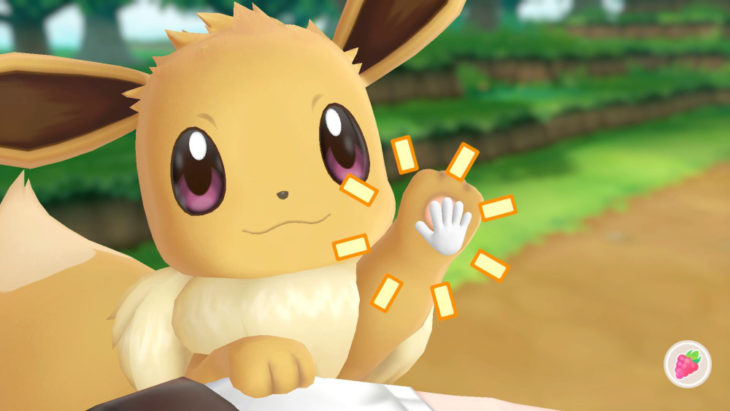 Making a retro comeback has been the digital pocket pet raising simulator, Tamagotchi. Earlier this week there was a leaked image from Serebii that displayed an enticing collaboration of the mini digi pets with the iconic lovable Pokemon, Evee. Soon after, IGN reported that the Japanese Tamagotchi website had officially unveiled the adorable partnership with a release date slated early next year.

The pocket pals give owners a fun, ongoing activity of taking care of their pixellated pets which they carry on a small egg-shaped keychain. Raising the digi pet from birth by completing tasks such as feeding in a timely manner and spending appropriate amounts of time with it give owners a rewarding sense of nurturing accomplishment throughout the course of their day.

The Japanese site showed a glimpse of the upcoming Evee Tamagotchi pet with what looks to be up to eight evolutions your pet Pokemon can grow to. Along with the various evolutions, owners can choose between two separate designs of the Tamagotchi itself: I Love You, Evee and Colorful Friends, which can be seen below:

Fans of the digital phenomenon that began in the mid-90s are left with a Japanese release of January 26th, 2019. As of now, there is no official western release date, but given the recent comeback in the digital pet trend, we can certainly expect the Pokemon themed Tamagotchi to make in appearance in the States and EU. As of now, Evee is the only Pokemon featured for the upcoming pocket pal, but wouldn’t seem like a bit of a wasted opportunity not to include at least a handful of other major pocket monsters in the collaboration?

We think so, too.

Check back for more Tamagotchi/Pokemon news once the new hardware is released, and if we learn anything new about the trending digital pet industry.