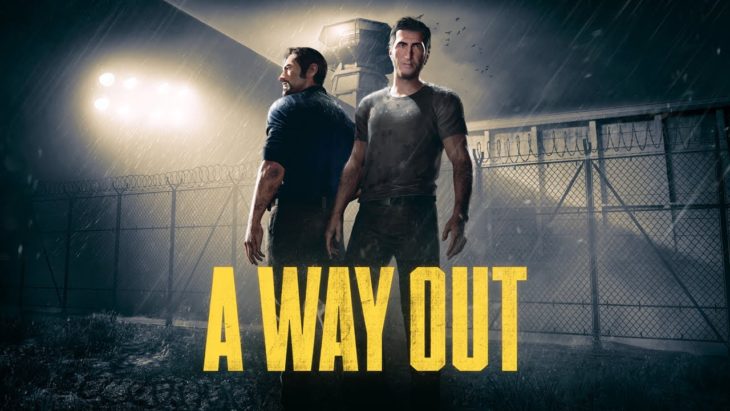 Need a Little Help from a Friend

The cooperative features in video games have seen less and less limelight in previous years of the gaming community. It’s one thing to have the opportunity to play co-op titles online, but couch co-op has been nearly cast aside and left for dead. In 2018, hopefully the tides will begin to turn in favor of co-op, starting with the upcoming cooperative based indie title – A Way Out.

From the creative minds of the successful indie release, Brothers: A Tale of Two Sons, Josef Fares is now behind the newest co-op driven title, A Way Out. Throwing together a small team by the name of Hazelight Studios, Fares is preparing to give what much of the industry has been eagerly waiting for since the rise of online multiplayer games. The lacking appearance of split screen co-op games has significantly decreased since the birth of online play, but hasn’t gone unnoticed by the community.

With the public outcry for more couch co-op titles, Fares and Hazelight have heard their cries and, are not only delivering a game meant to be played with two players; but can only be played by two players. The forcing push towards co-op play may not be a welcome addition for single player enthusiasts in the vast realm of gaming, but when comparing the amount of single player titles to co-op driven titles, we’d say it’s a fair price to pay.

Previous title, Brothers: A Tale of Two Sons, placed players into an epic journey about two sons risking it all to save their ill father. This heart-wrenching story showed off the skills of the young development team, as well as their promising future in the industry. After leaving the studio responsible for Brothers, Fares – now with his new crew – is ready to unleash another tale about the bond of two men, and their risky endeavor to escape their confines and have a quenching taste of freedom.

Use Each Other to Escape to Your Freedom

A Way Out follows the two convicted felons – Vincent and Leo – as they make their escape out of prison. The game makes good use of players working together to complete various tasks in the game that will lead to your escape. This co-op adventure isn’t as scripted as it sounds either, as players will find themselves enforcing different roles throughout the cooperative campaign. While one player may be distracting guards and the other will scavenge for parts or important items, roles may be swapped between games, keeping the gameplay fresh and entertaining for both parties.

The game only partially takes place with both players escaping prison. The rest of the game looks like it will take place with both Leo and Vincent on the run from authorities together, staying out of sight and fleeing for their ultimate freedom. Not much else is known on the story, but the exciting setting and interesting take on cooperative gameplay has built quite the anticipation for the EA Origin title.

Though A Way Out is a co-op driven title, only one copy of the game is needed to play with two people. The devs as Hazelight have set up a free pass code option for pairs who only own one copy of the game. Using the friends pass free trial, friends will be able to play alongside their buddy who owns a copy of A Way Out. Pretty slick move from Hazelight for pushing a cooperative only title.

Across the story of the two partners escaping their fate and staying on the run, completing tasks and figuring out your next move won’t be the only engaging moments in the game. There will be non-playable characters spread throughout the story, each giving players their own dialogue choices to represent Leo and Vincent’s distinct personalities. Cooperation is key throughout the game whether your working together to find your way around obstacles, or chatting it up with one of the many characters featured throughout the story.

As players work their way towards freedom through the story, there will be times when one player may not be involved in a specific scene. With the unique split-screen view, these instances will have the inactive player’s screen showing a cut scene that’s playing while the other player is still active. This is a tremendous way to help the narrative proceed without taking any unneccessary breaks that disrupt the flow of dialogue. One of the many interesting reasons why A Way Out looks like it could be one of 2018’s most impressively executed titles all year.

More Where That Came From?

The drive for more cooperative games has been apparent to any gamer pushing for more co-op action. With this one completely co-op driven title locking on so many radars over the past years or so, we can only hope that more developers will take notice of a highly demanded feature that has been consistently left out of numerous titles throughout the current generation. A Way Out looks to start something different in AAA gaming, by combining superb narratives, and a bold, unique approach to cooperative mechanics.