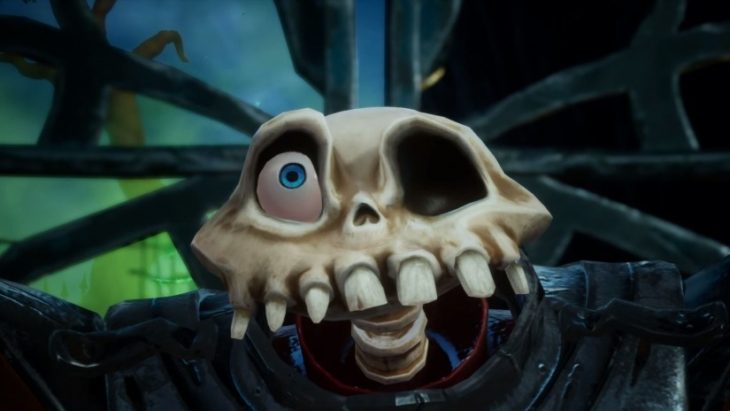 Sir Dan At It Once Again

It’s been a long time coming, but fans have finally laid eyes upon the upcoming remake of the original Playstation classic, MediEvil.

The new trailer shows off comparisons between the 20-year-old title and the new, built form the “grave” up remake of the PS4 title. With it also comes an exciting 2019 release window, so fans should be excited to know the remake will be in their hands by next year.

As earlier news stated, the MediEvil PS4 title is a full-fledged remake, not a remaster as advertised in last year’s PSX reveal trailer. This will give more than just a new coat of paint to the gothic adventure title, as the entire game will be reconstructed to better fit the modern era of gaming.

The classic action-adventure game has players taking control of the ill-fated knight, Sir Daniel Fortesque. Through a wide variety of unique and well-designed levels, players will fight off tons of monstrous enemies, refreshing boss fights and meet a slew of memorable characters along the way.

Sir Dan has been resurrected from the dead as the evil Zarok casts a spell to revive his undead army of minions in order to take over the gothic kingdom of Gallowmere. What he wasn’t expecting was to bring back the one-eyed skeleton knight, Fortesque, who is destined to bring an end to Zarok once and for all.

The remake will be releasing in exotic 4K resolution on the PS4 and bring the classic title to life completely rebuilt by the development team Other Ocean Interactive. Check back for more details covering the upcoming 2019 release.